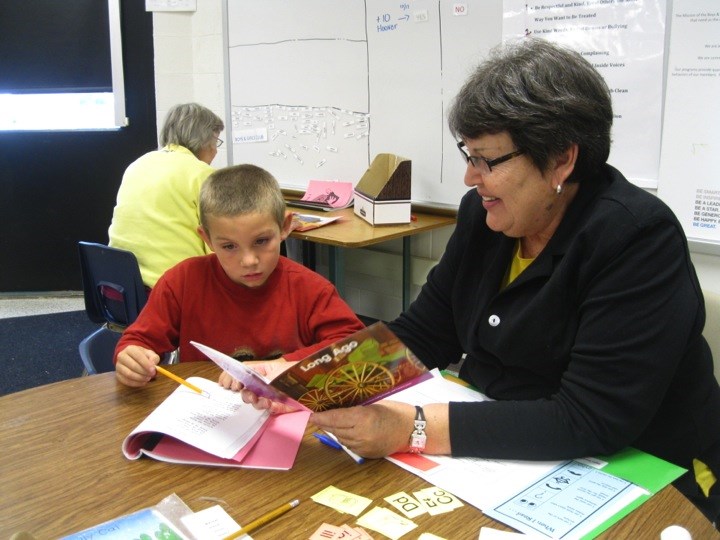 June 11, 2015
share
“We estimate that there are  8,947 fourth graders reading below grade level and there were 80,000 under the age of 10 that are behind in reading,” reveals Clint Twedt-Ball of the Poverty to Opportunity Task Force, an initiative that aims to reach out to every one of those kids on behalf of the United Methodist Church.

Clint was just at the 2015 Annual Conference session, where he presented the task force’s intentions to attendees. “[We] announced that our goal as Iowa United Methodists is going to be, during the next year, to give away half a million books. And during the next two years, to give a million hours of time to support kids and reading.”

What does this focus on helping children to read have to do with reducing poverty and creating opportunities for Iowans? Clint reports that in their research the task force discovered statistics showing that 25% of kids who are behind in reading by the 4th grade will eventually drop out of school and are more likely to experience other hardships, including jail time.

Providing kids living in poverty with books seemed like a good start for tackling the literacy problem, and a million books will mean that each child can expect to get several to start building their own library. “We thought that’s a reachable goal for United Methodists, to give a million books,” says Clint. “But it’s going to cause us to stretch. It’s not an easily reachable goal. But our churches need to be stretched to be healthy.”

But the idea goes far beyond simply buying a bunch of books. “We don’t want this to be about people collecting books and sending them to us, to some central place, to give away. We want these books to be a way that churches connect with kids in their neighborhood and their community.” That’s where the second part of the goal, to give a million hours, comes in.

“We’re trying to come up with something that would help link churches to kids in a very relational way, and reading is a great way to build relationships,” explains Clint, noting that “We gave it two years to get the million hours of time because we feel like churches are going to need some ways to connect, and they’re going to need time to connect with places where they can give time.”

The task force is dedicated to helping churches that want to get involved by connecting them to local resources and agencies. “In some places, it’s going to make the most sense to connect with a school, in other places it’s going to make more sense to connect with a non-profit. And in some churches, they already have amazing programs that are happening, so it’s just strengthening their own program.”

Churches will have the opportunity to learn from one another as well. “A lot of schools these days are talking about what it means to be a learning community. So what does it mean for churches to be learning communities? We’re really connectional, so we should be learning from each other how to do these things well. So we’ll be telling the stories,” he says. “And we hope to gather churches together at some point, and have them sit in the room together and hear each other’s stories.”

He also points out that an advantage of this initiative is that it’s something everybody can get involved in, from retirees to even the unlikeliest of suspects. “We’ve had some of the most introverted people that didn’t like conversation very much, but sitting with a 1st grader that engages them – they loved it. So anybody can do it.”

Clint himself has already experienced first-hand how powerful and important these relationships can be, having read weekly to a 1st grader whose mom moved away and left him with his grandmother. “That changed me, and it changed that kid, and that kid knew that I was the adult he could count on to be there every week. And when he would see me down the hall, he would come running and jump into my arms.”

“I want other Iowa United Methodists to experience how deeply kids can love them, and how much their hearts can break for these kids in a positive way as they kind of break open to the love of Christ.”