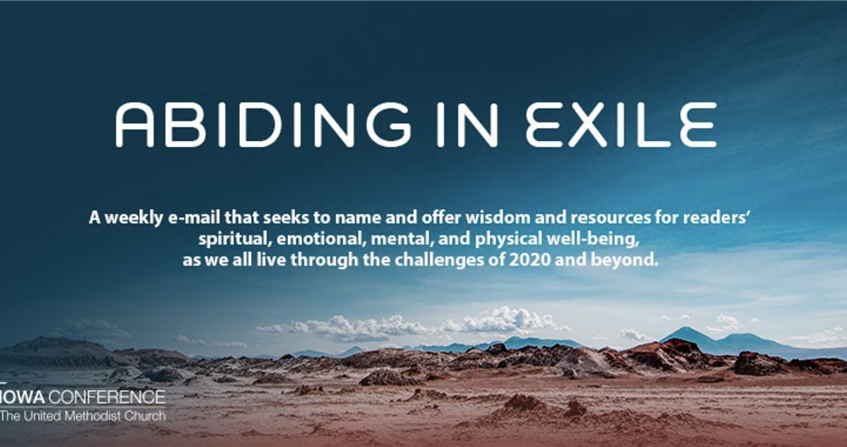 Scripture
For as the rain and the snow come down from heaven,
and do not return there until they have watered the earth,
making it bring forth and sprout,
giving seed to the sower and bread to the eater,
so shall my word be that goes out from my mouth;
it shall not return to me empty,
but it shall accomplish that which I purpose,
and succeed in the thing for which I sent it.

For you shall go out in joy,
and be led back in peace;
the mountains and the hills before you
shall burst into song,
and all the trees of the field shall clap their hands.


I recently had a holy experience with a prepackaged flower bulb. It seems relevant to this weekly conversation about surviving the pandemic—a kind of exile—along with other challenges in our lives.

My story begins with a Christmas gift, an amaryllis bulb, which was packaged with a pot and some soil. I pulled off the plastic wrapper one afternoon in early January, but the instructions demanded more time than I had just then. A few days later I undertook the steps as directed, saturating the potting soil and placing it in the pot, ready for the bulb. When I unwrapped the bulb, though, it had sprouted! The pallid stem was badly bent and trying to bloom already. I put it in the pot, hoping for the best, but fearing the whole plant would simply wither away.

What happened next seems best explained through a parable of sorts, a fable, accompanied with photos. I hope you’ll see some resonance with our own experiences in this time. We’re all the “Jamie” I’ve conjured, in some way. 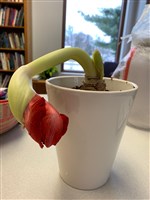 Jamie had plans. Such hopes! There was work to be completed, celebrations to be shared! If asked, Jamie would have said, “I know where I’ll be next week, and next year, and the year after that. This is what I’ve been put here to do.” Everything seemed so clear.

Until…it wasn’t. Uprooted and adrift, Jamie thought it was over. Every plan; every expectation had been dashed. What Jamie had worked so hard to put in place—things planted, and built, and awaiting fruition. All of it was gone.

Jamie felt scrunched, bent over. Pale. The few remaining wisps of the now unattainable future tightened in upon themselves, already fading. 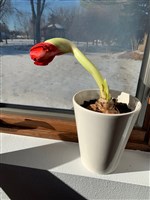 Jamie got through the days, in whatever way seemed possible. Nothing seemed better, but it didn’t get much worse. Chores and prayers and a few tiny joys happened. An occasional discovery, or smile, or glimpse of beauty.

One day Jamie realized that a bit of the bent-ness had eased.

And somehow the sunshine was bringing out a bit more color, little by little.

Jamie couldn’t be glad, really, but it seemed more possible now to keep going. Not only that but, without warning, and increasingly, Jamie would feel a deep stirring, somewhere inside. Could it be that the plans and hopes from before were not ruined? not entirely? 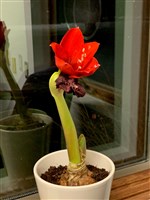 Jamie felt a strength arising from within, a power resolute and sure. What Jamie had expected to do and be seemed within reach, in some way, in spite of all that had been lost. Jamie had no words for this, yet. But something had shifted.

Then one day Jamie looked around and realized some things had blossomed, full and bright, against all odds. A few plans had come together. Some had borne fruit. Even with all the unfamiliarity of the way things had changed, some of what Jamie felt called to do and be mattered. There were ways to make a difference, even in this strange and unfriendly place and time. It was heartening, and surprising. “I thought everything was done for,” Jamie said, with a sense of wonder. 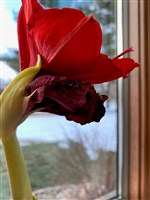 Looking closer at this marvel that had burst into being, Jamie realized it could not be separated from sadness at what had been lost. What was possible here and now was accompanied by disappointment at what could never be. Those dashed hopes were never far from view.

At first Jamie saw those withered, dry fronds of lost possibilities as a blemish, a stain on the beauty of the things that had flowered against all odds. Those stunted husks, never to blossom, felt painful.

Then one afternoon Jamie saw those tendrils differently: They were wisps of better, beloved days, which had been precious, and well spent. Strangely, Jamie felt increasing gratitude for the insistent memories of what might have been, alongside the glory of what now was.

More time passed. That which had blossomed continued to bring joy. Jamie kept showing up in whatever way felt possible. There were always things to do—the exhilarating and the mundane. This strange land Jamie now occupied required some new skills, some unaccustomed disciplines, and flexibility. “What about this?” Jamie would ask. With every exasperating “no,” Jamie would push toward a different answer, a way around that wall. 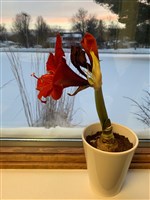 And suddenly there was a new flowering, already on the way. A bud appeared, and soon a fresh blossom that had been nowhere in sight for ever so long.

“I wouldn’t have thought it possible,” Jamie said.

You see, Jamie had believed that the realm of possibility had been closed down, restricted, by the circumstances that changed everything awhile back. It was hard to see past the universe of options that were available then. When we stay fixated on that original horizon, we will naturally focus on what’s missing, and resent the limitations—the conditions, the rules, the people!—that keep us from what we were sure we wanted, in that rosy past. 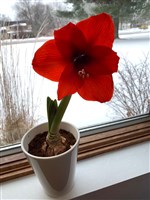 What Jamie was discovering was this: In this new time and place, the horizon had shifted. And a new, additional flowering was possible, in a way that was unexpected and unplanned. It would draw on gifts and skills that Jamie hadn’t needed before. It would lead in directions that were never on the map, but felt right, in this new landscape.

Jamie felt again the kind of strength and power that had led to that first blossoming, and Jamie swelled with excitement as it happened. An additional round of beauty, color, and joy. All the more cherished because it was so unforeseen. 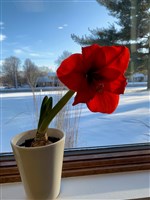 All this was lovely but draining. Jamie noticed that a decided lean had developed, with a deep weariness within. Jamie was spent, in that good and worthy way that comes when we give ourselves to the evolving purposes for which we are created.

…for the gifts and calling of God are irrevocable. — Romans 11.29 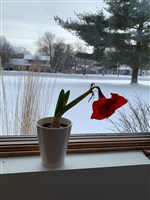 It occurs to me that as that second blossom has withered and dried, the leaves that remain have gained height and color. A skillful gardener would plant that bulb outdoors this spring, and dig it up in the fall, continuing indefinitely the cycle of life and growth and wonder that has unfolded on my windowsill, in this pandemic winter.