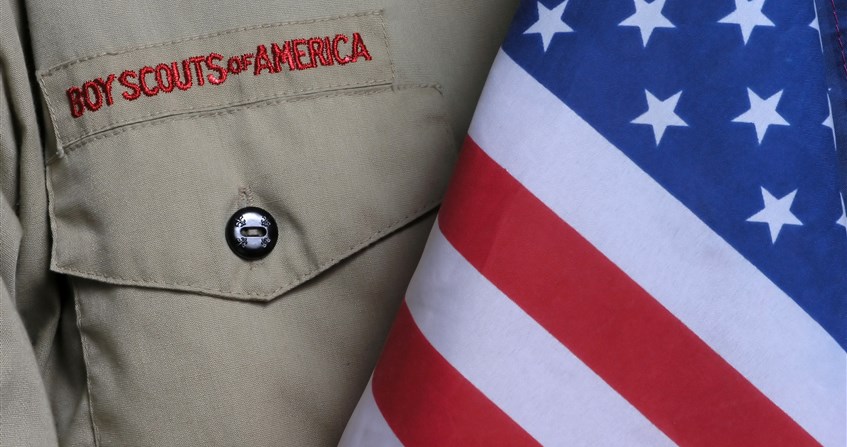 Des Moines, Iowa: The Boy Scouts of America (BSA) is overwhelmed with potential liability exposure from sexual assault allegations nationwide. The BSA has filed for bankruptcy protection. Under both of the proposed plans that the BSA has suggested as a way to continue after the bankruptcy, they are leaving their Chartered Organizations out on a limb by themselves. The Chartered Organizations are the local churches, schools, and civic groups that sponsor or host a Scout Troop, Pack, Crew, or other units. The details of these plans are still being played out, but the BSA is placing all of our United Methodist churches who have ever been involved in scouting in a very difficult position.

Despite their consistent past assurances that they held enough insurance to cover their chartered organizations in case of injured scouts, we now know that the BSA did not have enough or sufficient insurance. The local churches are at risk of having to pay significant sums to victims to compensate them for the damages they suffered at the hands of some scout leaders. In addition, the local churches will have to pay for the cost of their own attorneys to defend those claims. All of this is because the BSA did not fulfill their promise to have enough insurance to protect the local churches.

“Scouting has been very important to The United Methodist Church for decades and we hope we can continue that tradition. I was a Brownie and a Girl Scout myself when I was growing up. My heart goes out to all those boy scouts who were taken advantage of over the years by people that they trusted. I pray that, as a result of the BSA bankruptcy process, there will not only be compensation offered to those who were abused but that each one of us will commit ourselves to ensure that all children and youth can thrive in a safe and protected environment,” said Bishop Laurie Haller, resident bishop of the Iowa Annual Conference of The United Methodist Church.

Scouting has played a very large role in the mission and ministry of the United Methodist Church for a very long time. But the BSA is not proving faithful to the United Methodist Church as they are leaving us without the protections that they promised. We simply cannot continue the relationship with the BSA as it has existed in the past. Until we know how the BSA will be organized and operate in the future, we must make some changes. Hopefully, we will be able to continue our long connection with scouting in some way, but we need to make some changes today to help prevent us from being dragged down with the BSA in the future.

The Iowa Annual Conference of The United Methodist Church recommends that their local churches change their relationship with Boy Scout units and should:

Both options allow more time to see how the bankruptcy will impact United Methodist churches.
Although local churches don’t report their relationships with BSA, we are aware of 135 affiliations in the Iowa Annual Conference.

We recognize the grief this very sad and tragic matter has caused within our nation and the United Methodist Church. The UMC is committed to working towards repairing harm and reaching a fair and just resolution on these matters.