Leading Now and Into the Future - Rev. Dr. Moody Colorado 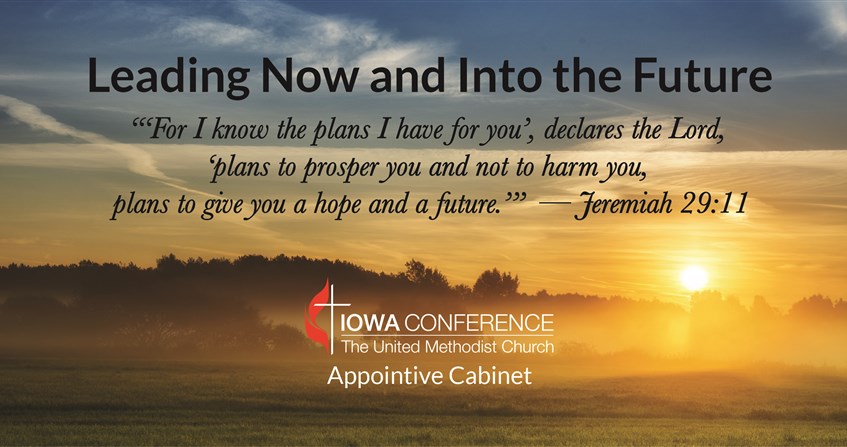 “Here I Stand and Testify”

If you think that this world is a moody world, wait till you hear about the moody District Superintendent (DS). Bullied and laughed at in school in the Philippines for a strange name, I knew from childhood that life was not going to be easy for me. Fact is, my Dad was an enlisted soldier during World World II under General Douglas McArthur, who commanded the US Armed Forces in the Far East. Dad’s outfit was The Philippine Scouts. Imagine why the Sound of Music was my Mom’s favorite movie. Seven children sang in front of the church where my Dad pastored, and no one complained. We were the instant choir everywhere my Dad was appointed. Nice trick, right? I make it sound fun, but Dad’s first appointment after seminary was a parachute drop in a remote part of an island with seven little kids dangling with him. His success in planting churches made him believe that it is what God wants him and his family to do. When Dad became a District Superintendent, I got tagged along whenever he needed me to carry Bibles and Hymnals. That’s right; I had my own DS training in my childhood days. Three of the children, including me, became ordained Elder of the UMC, not by a soldier’s order but by example.

My college was about Geodetic Engineering. This career sounded unfamiliar, but I’m an obedient soldier of the Lord, and it was the only free education offered to me. Interestingly, there was a National Board Exam, and the news broadcasted that I was a 2nd placer GE of 1982. Perhaps it’s true that with God’s help, we can be good for whatever God presents. I doubted that I would grow up to live up to my name, which was from the evangelist Dwight L. Moody of Chicago.

Honestly, I never sat in front of the class and never raised my hand to recite, and I covered my face with the music piece when singing in front, and I became a nervous wreck on stage. I was never the first one to volunteer, but I always said Yes when voluntold. I love my CE Director, who compelled the Children’s Choir to memorize the songs so that we would not cover our faces. Did I ever dream of preaching in front of the American Congregation? No, I never dreamed of it. I did surrender my heart to Jesus at the age of 13 when Dad took my family to various Evangelistic Crusades. I don’t know how many times I responded to Altar Calls. I was active in door-to-door evangelism whenever Dad was involved in Evangelistic Campaigns. Somehow, slowly, the Holy Spirit did miraculous work on me, and I earned my tongue right after High School. At the age of 17, after attending a five-day Youth Christian Leadership Institute Training, I came home and asked my Dad to allow me to deliver my first sermon in the Evening Worship. This transformation made me believe that the Holy Spirit is at work in me and that God has a plan to make my life useful in God’s kingdom.

At 22, I worked as an Engineer in the Mines Bureau and taught classes in the evening at my alma mater, FEATIU in Manila. I then was deployed to the fieldwork, working as an Engineer made me popular in a remote mining region. I joined a new church and was offered all kinds of positions in the church, from choir director to instant organist who reads only one note and Lay Leader and Admin Chair. I was all over the church. Maybe it was a ridicule when many kept calling me “Pastor.” I visited churches, organized Medical and Dental Missions, and conducted Evangelism Seminars while working as an Engineer. I was offered a managerial job in Mine Exploration at the age of 27. My wife, Beth, worked with me. It was a tough job, and my academic training in Management at Bicol U was often inadequate. So many problems are new each day in the fieldwork. I staked my life on the line for the job, and I had doubts about the correctness of what I was doing. I’m glad I had a secret weapon, kneeling down in prayer. When our son was born, the Mine Exploration ended, and I was jobless. Somehow it felt good. A serious decision had to be prayerfully made, and my wife and I answered God’s call. I asked the question as to what I am really good at and what is really worthy. Prayerfully, we agreed that I could be a good pastor, and it’s something we will cherish forever. During school days, I went to the seminary, and I built and drove public transport to earn our daily bread. After seminary, I visited my parents in Iowa, and after visiting the Bishop and a few District Superintendents, I was offered a two-point charge.

Prior to seminary education, I got exposed to many deep spirituality trainings on Spiritual Warfare and Long Prayer Vigils in various Evangelistic Organizations such as the Billy Graham Crusade, the Campus Crusade for Christ, the Healing Academy, the inter-denominational Charismatic Movement, and the many Camp Leaders’ Trainings. This kind of Spirituality and Religiosity is characterized by selflessness, fasting, and familiarity with sacrifice. I tested myself to see whether I could also speak in tongues, but I failed on that one. I chose to be ordained in the UMC in the belief that this is where I can pursue my hope to become a friend of Jesus because the UMC is a major movement in pursuing God’s plan of the salvation of the world.

Suppose you ask me about my theological stance today on human sexuality. In that case, I’d say I am not progressive nor traditionalist, I am an evangelist, and I will join or remain in a denomination that is still interested in evangelism. I’m trying to live up to my name taken from Dr. Dwight L Moody of Chicago. I sign my email name saying, “There is no love without sacrifice.” So, you could say my preference is to be a “sacrifist evangelist.” My seminary had students participating in street protests, and I presented a class report on human sexuality, but I didn’t get hooked into advocacy for justice nor clamor for what I believe I deserve. I would gladly elect any person of any gender preference, provided that such a person embraces the cross and its teaching of sacrifice. Those who have greater temptations have greater opportunities for greater rewards when they overcome them in this temporal world. I am sad that there is so much bickering and waste of energy on something that Jesus said is not the main thing in heaven. God is not without assistance offered; a long time ago, the judges were given the socio-legal task and the priests the part of atonement with God. Today, there are ministers who spend a lot of time conducting marriages in the church; the precious times of skilled preachers could be used in advancing the evangelistic programs around the world. We take in so much on our plate that undermines the true task of the church in reaching the world to make disciples of all nations. I’m not advocating denial of ministry to young couples. What I’m saying is like what Peter did to organize ministry to the widows so that he could focus more on the problems of evangelism instead of the problems of the widows. Wouldn’t the church move forward in evangelism if the officiating of marriages were referred to the judge instead of to the ministers?

My understanding of the church is a place to bear the cross and an opportunity to prove faithfulness and overcome temptations. For me, the church is not the place to claim justice and entitlements. There are places available for those things. What I’m afraid of is that if humankind would demand to God for justice and what they are entitled to, as an evangelist, I am reminded of what I always said in my testimony that all have sinned and the wages of sin is death then when God listens to the demands of justice and what everyone truly deserves there will be no one left standing before God. NO ONE CAN STAND BEFORE GOD AND DEMAND WHAT HE/SHE DESERVES. The world is caving in because of the echoes of demand of what person/s deserves, and the result is disagreement and war on every level, the church included. As lesser people exemplify sacrifice, this world is about to implode.

There are a plethora of church problems, and the problem we choose to solve should contribute to finishing the task of making disciples of all nations. Should the church movement disintegrate, I hope its task has been accomplished so that the Lord can proceed to his enthronement with the church contingent harvested and properly seated at the Banquet Table. I have many near-death experiences already, and the vision of getting catapulted to Christ’s enthronement keeps visiting my mind. Every day when I wake up, I feel that I just got a new heart, and I feel that there is one more task for myself: to help the Iowa Conference in a District transition stage. I have learned to adapt to various difficult managerial situations, and I have skills and passion that can be useful to make things work for the Iowa Conference.

For my personal need, I got engaged with a team of church planters in Southern Philippines with the ministry of feeding, healing, and saving at the border of the largest Muslim nation in the world, Indonesia. There are still many villages there that hunger for the gospel. As a DS of Iowa, I am tasked to facilitate the needs of churches, including the process for those churches that have decided to close. I found myself spending my day off sending hymnals and bargain-hunting for tools to send to the emerging churches in Southern Philippines. Instead of getting stalled by the pandemic, I have started offering classes for preaching in the Philippines via Zoom. My praise band there is practicing with all my instruments except myself. My Philippine Group is doing all the hands and leg works for me. They are skilled and set to go, and they need me because I have the resources. I call it Reverse Mission. I am a brown person reaching back to my own brown population with American tools. My ministry in Iowa gained me resources and energy that are getting used where I know that the ultimate impact is the advancement of the work of evangelism. A few years more, and I will retire, and with pension benefits, you know where I will be.

For me, evangelism to the world is the need of Christ for the church. Without world evangelism, I don’t know why Christ would still need the church. If it’s not about learning the lesson of sacrifice, then what is this moody temporary world for? Jesus overcame all temptations, and that’s why he is rewarded with all authority in heaven.

There’s so much bickering with so many church problems these days. Choose the problem you want to solve. I’d be glad to be a part of the solution to the problem of reaching all the nations. Amen.

The Moody DS of Pictured Rocks District
“God’s love is not without sacrifice.”