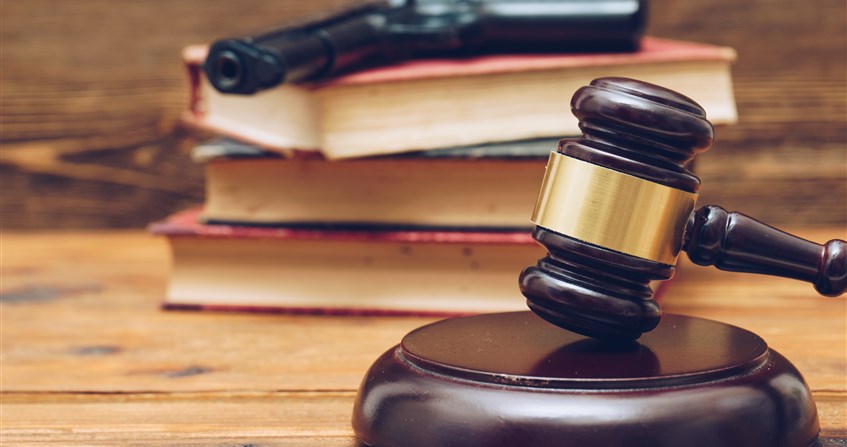 I grew up on a family farm just outside of Cedar Rapids and my dad and uncles would often hunt in the timber for deer and other animals in season.  While I didn’t join them, I knew their shotguns were a tool that put food on our table and filled the deep freeze in our basement.  Rarely, if ever, were they utilized for protection or defense from a wild animal.  But always, they were tools that demanded respect and responsibility.

That family gun cabinet at my grandmother’s house comes to my mind as I think about our call as United Methodists to advocate for responsible firearm laws.  In the prophecy of Micah, we are given a vision of all people gathered on the mountain of the Lord with the people beating their swords into plowshares and spears into pruning hooks.  (Micah 4:1-4)   As Resolution #3428 describes, “Micah’s dream is the transformation of weapons into instruments of harvesting food… God does not collect or hide the weapons from the nations… the nations themselves” shall do it.   Rather than a mandate, it is an invitation to consider the most responsible ways we can walk in God’s paths.

Our UMC resolution makes clear that farming implements can themselves be turned into weapons when we are agitated by fear or motivated by self-protection.  But the vision God gives us is one of peace and security.  A vision where we don’t need to be afraid or learn the ways of war.  The truth is, we don’t yet live in that Kingdom-reality, but we are called to address the places of harm that are around us and respond from the teachings of Christ.  What is the most faithful response when firearms recently became the leading cause of death for children in the United States?[1]  In a time of skyrocketing mental health struggles, how do we provide care when “access to firearms makes suicide more attainable for many who attempt it”[2]?

This resolution includes ideas like: making the prevention of gun violence a regular part of our communal theological reflection and prayers, assisting gun violence survivors in our communities, practicing and teaching responsible gun safety, joining in public prayer gatherings when gun violence occurs, partnering with local law enforcement to help prevent gun violence, prohibiting guns on our church property, and advocating for laws that prevent or reduce gun violence.

This work of advocacy does not call any official entity to take away all guns, but does support common sense and widely supported laws that stress responsibility and safety.  Just days before our discussion of our Iowa Gun Violence Resolution at the Iowa Annual Conference, the city of Ames experienced an incident at one of their local churches.  One of the laws passed in the months after closed the “boyfriend loop” and possibly could have restricted that person’s access to the weapon that resulted in the death of two women and himself.   2022 Iowa Annual Conference of The United Methodist Church Resolution #704

WHEREAS, in our baptismal covenant we “accept the freedom and power God gives to resist evil, injustice and oppression in whatever forms the present themselves” and;

WHEREAS, we continue to face the evil of mass shootings, most recently at a store in Buffalo, a church in Los Angeles, an school in Uvalde, Texas, a hospital in Tulsa, and numerous incidents of gun violence in Iowa including at a school in Des Moines, a night club in Cedar Rapids, and a church in Ames;

WHEREAS the General Conference resolved (2016 Book of Resolutions #3428) For United Methodist congregations to advocate at the local and national level for laws that prevent or reduce gun violence, including universal background checks, increasing the age for purchase, renewal of the assault weapons ban, and prohibitions for persons who are a risk to themselves or others.

THEREFORE, we call Iowa United Methodists to oppose and vote to defeat the “Iowa Right to Keep and Bear Arms Amendment.”1 The amendment would recognize this as a fundamental individual right and would require any and all restrictions to this right be subject to strict scrutiny.

In Iowa, our particular advocacy takes a different turn this fall.  On the ballot in November will be a constitutional amendment named the “Iowa Right to Keep and Bear Arms.”  It would recognize this right as a fundamental individual right and would require any and all restrictions to this right be subject to strict scrutiny.  In reality, the proposed Iowa amendment goes farther than the Second Amendment in the U.S. Constitution, because of this strict scrutiny language.  Only three other states (Louisiana, Missouri, and Alabama) include this language and it essentially means that this right cannot be infringed upon by any other laws.  Existing responsible gun laws and background checks could be challenged in court and any future common sense gun laws would be declared unconstitutional.

This is why we, as the Iowa United Methodist Church passed our resolution this summer to work together to oppose and defeat this new Iowa Amendment.  As Iowa United Methodists, we are called to walk in the paths of God’s peace and to address places of harm as we live into the Kingdom.  In a time when our children are afraid to be in school… in a time when violence continues to be known in public places once seen as safe like grocery stores and hospitals and churches… in a time when mental health needs are under addressed…  I agree with the words of our Governor, Kim Reynolds, when she said this summer that “there is no one single answer.”  And that means that we need a range of tools and legislative actions at our disposal… including responsible gun laws.  This is not the time to pass an amendment that would restrict our ability to address the problems before us.