Number of bishops may be reduced 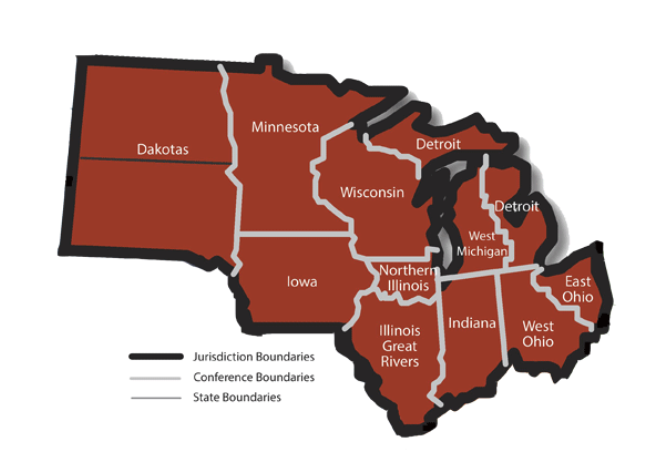 Nashville, TN – The General Council on Finance and Administration (GCFA), has notified the North Central and Northeastern Jurisdictional leadership that the number of bishops representing those areas could be reduced based on reported membership numbers.

The Michigan Area, currently comprised of the West Michigan and Detroit Conferences is part of the North Central Jurisdiction.

GCFA, responding to responsibilities and membership formulas outlined in ¶ 404.2 of the Book of Discipline, and the responsibilities of GCFA for the administration of the Episcopal Fund that pays the salaries of bishops, notified the College of Bishops of each jurisdiction that the formula indicates there could be a reduction in the number of bishops from their current count.

Bishop John Hopkins, president of the North Central Jurisdiction (NCJ) College of Bishops said “The news that NCJ professing membership dropped .36% under the threshold (or 4,463 professing members) was unexpected, as earlier projections had indicated that this would probably not happen for another year or two.  Our College of Bishops and our Committee on Episcopacy ask for your prayers as we consider options in the few months before our General and Jurisdictional Conferences”.

Maggie Jackson, who chairs the NCJ Committee on Episcopacy, said “This is a short time span to have this discussion about the possibility of one less bishop for the election process in NCJ for 2016.  We will need to have immediate consultation with committee members and the NCJ College of Bishops”.

Additionally, Bonnie I. Marden, Chair of the NEJ Committee on Episcopacy said “we have noted that several questions about changes to the Constitution initiated by the 2012 General Conference are adding further complexity to our understanding of the appropriate next steps and we welcome your prayers as we discern options for a vital and mission-driven future.”

Bishop Michael Coyner, president of GCFA notes, “While this information is not brand new to us as a denomination, it is particularly important for the jurisdictions being affected to be notified in a timely fashion. Vibrant mission and ministry continue to happen throughout our connection and for that we are thankful.  We know that the decisions that will be made will be based on the needs in each area for strong, prophetic leadership.”

The Book of Discipline 2012 provides for the reduction of bishops based on reported membership.  GCFA reports that the 2014 reported membership for both jurisdictions has fallen below the Book of Discipline requirement for membership that would require nine bishops. GCFA will ask for the decision of the General Conference – the body that can make the final decision on the number of bishops for each area based on information from GCFA and input from the Interjurisdictional Committee on Episcopacy.