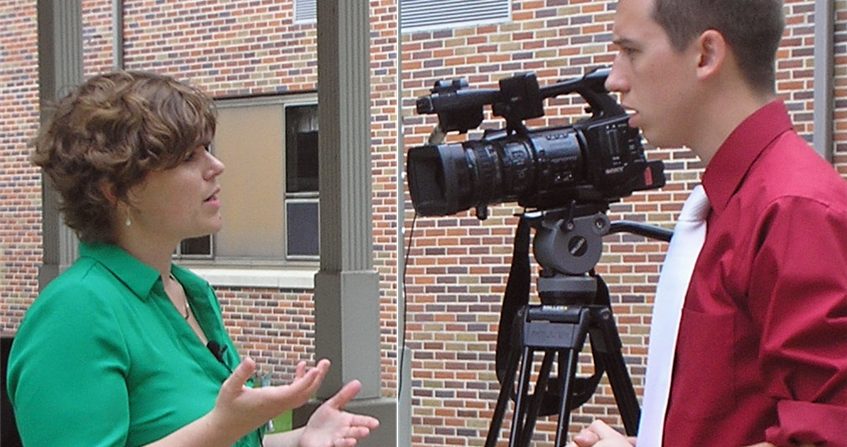 share
Justice for Our Neighbors attorneys spend the majority of their time with clients.   Another aspect of their value to the immigrant community and to the religious community is serving as resources for advocacy.  In northwest Iowa on June 14 a day of panels on topics related to immigration was held at Our Place Multicultural Center in Storm Lake.  JFON’s Brynne Howard, Esq. was invited to participate in a panel on the DACA program.  (Above at right: Brynne Howard explains immigration issue to journalist at Storm Lake.)

DACA stands for Deferred Action for Childhood Arrivals.  On June 15, 2012, the Secretary of the U.S. Department of Homeland Security (DHS) issued a memorandum allowing individuals who came to the U.S. as children and meet certain guidelines to apply for Deferred Action for Childhood Arrivals (DACA).  A person who is granted DACA receives permission to live and work in the U.S. for two years (may be renewed).  If someone is approved for DACA, s/he may apply for a social security number and in most states, a driver’s license.

Ms. Howard was able to explain the complex regulations of this measure and how to go about renewing it, which will be happening starting now and for the next few months.  The first opportunity in Des Moines will be at a legal clinic sponsored jointly by JFON and AFSC on Wednesday,  June 25 from 2 PM to 6 PM at Grace United Methodist Church in Des Moines.  Call the JFON office for an appointment at 515-255-9809.