Group focuses on future of the church 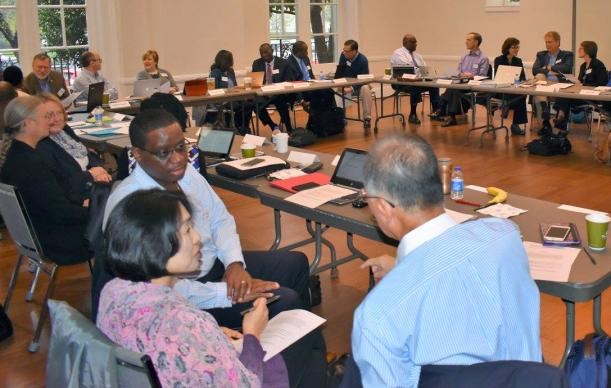 April 17, 2017
share
The future of The United Methodist Church may well be in the hands of a team of thirty-two lay and clergy from across the connection.  The group, described as “representative of our theological diversity” by Bishop Bruce Ough, president of the Council of Bishops, includes 8 bishops, 11 laity, 11 elders and 2 deacons.

The Commission on a Way Forward “was proposed by the Council of Bishops and approved by the 2016 General Conference to do a complete examination and possible revision of every paragraph of the Book of Discipline concerning human sexuality and explore options that help to maintain and strengthen the unity of the church,” according the Commission’s webpage.  It has met three times, most recently in early April in Washington, D.C.

After the initial meeting, during which the Commission formed “learning teams” that will gather and share information, including cultural awareness, the strategies of several “renewal groups,” and petitions and rules, a second meeting was held in March 2017 in Atlanta with a focus on “continuing discussion” about the need to receive input from additional groups.  Along the way the meetings have been resourced with theological presentations and included worship that have fostered “common hope in [Jesus Christ] and God’s promises in him,” said Bishop David Yemba (Democratic Republic of Congo).  The first two meetings were described as opportunities to build “trust and community among members” as well as develop “a covenant, a common language.” (UMNS, April 10)

During its April meeting members of the Commission “expressed optimism at reaching consensus on a plan or plans to guide the Council of Bishops in leading The United Methodist Church into the future” (UMNS, April 10).   The report also suggested that Commission members are “leaning toward a simpler structure with clearer processes for decision-making and accountability for the church in its mission.”

The reality of the task of the group of 32 during the discussions at the United Methodist Building.  “At the heart of the…meeting in Washington, D. C. was the struggle among the Commission members, who have diverse perspectives, experiences, and relationships with a wide variety of constituencies, to have a fresh understanding of unity and connectionalism” (UMNS, April 10). 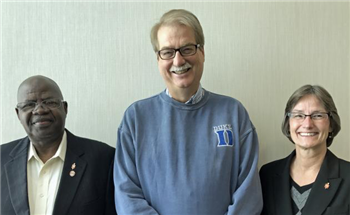 Bishop Ken Carter (Florida Episcopal Area), Bishop Sandra Steiner Ball (West Virginia Episcopal Area), and Bishop David Yemba (Central Congo Episcopal Area) serve as moderators of the group.  Among the challenges they see facing the Commission are: building trust, experiences of suffering and harm, a “desire to gain turf,” diverse languages and cultures, and the “complexity of human sexuality.” (Moderators’ update, February 15).  At the same time, there are many assets, including leadership gifts, spiritual maturity, “desire for unity – while the ‘we’ of The United Methodist Church is contested, at the moment, there is a fundamental commitment to seek unity,” a “spirit of collaboration,” and the sense of a “larger purpose – this work can be a part of our mission [rather than] an interruption or a distraction from that work.” (Moderator’s update, February 15).

The mission of the Commission is focused on bringing “together persons deeply committed to the future(s) of The United Methodist Church, with an openness to developing new relationships with each other and exploring the potential future(s) of our denomination.” (Commission on a Way Forward – About Us)  The Commission, which admits that “our communion is strained,” covenants to work toward a balanced “approach to different theological understandings of human sexuality with a desire for as much unity as possible."

"This unity will not be grounded in our conceptions of human sexuality, but in our affirmation of the Triune God who calls us to be a grace-filled and holy people in the Wesleyan tradition.”

The Commission acknowledges that “we should consider new ways of being in relationship across cultures and jurisdictions [and] give consideration to greater freedom and flexibility to a future United Methodist Church that will redefine our present connectionality, which is showing signs of brokenness.” 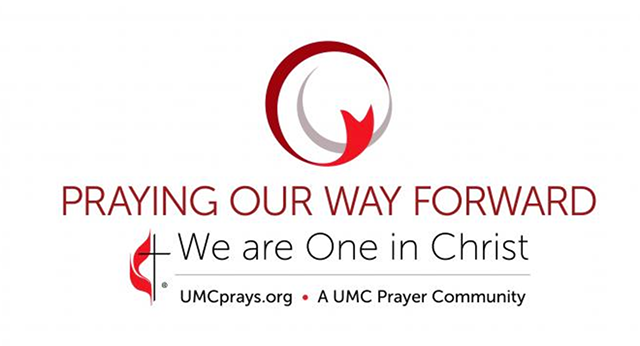 During 2017, and concluding in June 2018, every annual conference of The United Methodist Church will be engaged in “Praying Our Way Forward,” a 75-week commitment “to ask and listen for God’s leadership at this critical time in the life of our church,” according to Bishop Al Gwinn.  The initiative was “created by the Council of Bishops as a part of their larger commitment to ‘lead the church in every part of the world in times of worship, study, discernment, confession, and prayer for God’s guidance.’” (UMCPressCenter, December 19, 2016).  It’s a collaborative effort of The Upper Room, United Methodist Men, United Methodist Women, and United Methodist Communications.

Iowa Conference’s prayer week is set for May 21-27, 2017.  Be sure to sign up when your congregation or group will be praying. You will also find daily devotionals, prayer suggestions, and resources for Iowa Conference congregations at www.iaumc.org. The Upper Room has created a website – umcprays.org – that has additional prayers and a video about the worldwide prayer initiative.
Find out more about the Commission on a Way Forward
About the Commission http://www.umc.org/who-we-are/commission-on-a-way-forward-about-us
Latest news about the Commission http://www.umc.org/who-we-are/commission-on-a-way-forward-news-and-updates
Moderator updates http://www.umc.org/who-we-are/preview/commission-on-a-way-forward-moderator-updates