February 24, 2015
share
A Marshalltown woman faced a family crisis a few years ago when doctors explained that her 5-year-old had a life expectancy of only six years. She had a full-time job on the production line of the local Swift plant, so she had a steady income to care for family needs. The father was the primary caregiver for their house-bound child with the support of a nurse who was assigned to the child for four hours each day. 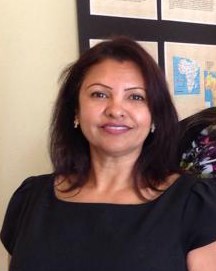 Given the extreme circumstances of their child’s health, the couple was managing well. However, the immigration status of the father complicated the situation. The child, having been born here, was a citizen of the United States. The mother was a permanent legal resident, but the father did not have documents to remain in this country.

Rosa Mendoza, the executive director of the Diversity Service Center of Iowa (DSCI), was able to help the family navigate this thorny problem with professionalism and grace. Often these types of immigration procedures require that persons return to their homelands for months at a time, which would have created an untenable situation for the family.

Rosa’s knowledge of the process, her ongoing relationship with the American consulate, and support from Senator Tom Harkin’s office led to successfully reducing the waiting period for processing the father’s immigration documents. The immigration officer was sympathetic to the special needs of this case and made it possible for the father to return to his homeland for only the day of his interview and was allowed back into the United States that same day.

The staff and volunteers  of the Diversity Service Center of Iowa regularly encounter persons and circumstances like these. Much of their work centers on the reunification of families, like the woman from Muscatine who met her Afghani husband while serving in the military. They first secured a fiancé  visa. Later, he applied for and received permanent legal residency, and now the husband has applied for U.S. citizenship.

Rosa Mendoza’s bookshelf is decorated with gifts from clients who have emigrated from such places as Mexico, Syria, Spain, and Palestine. The reputation of DSCI is growing. “A lot of people come look for us.” They have worked with clients throughout Iowa and Illinois from many different countries, in part because both she and staff member Irma Leenerts are accredited by the Board of Immigration Appeals. 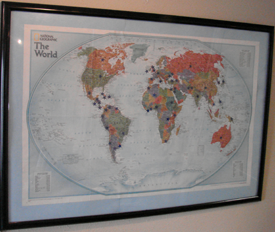 The Diversity Service Center of Iowa also works with area businesses and corporations to help them address immigration issues they have encountered. For example, the Ascentra Credit Union Bank has approached DSCI to develop a low-interest loan especially for persons needing funds to care for immigration expenses. Fees can be $1,000 or more for a single application. The program has been so successful that delinquency rates for immigrants have been lower than for the credit union’s average clients.

Rosa Mendoza is a member of San Pablo United Methodist Church in Muscatine. She sees her work with DSCI as a ministry. “Everything we do we do by faith.” She credits the United Methodist Church with saving the organization in 2001, when financial stress threatened to close DSCI. United Methodist churches continue to have opportunities to support DSCI by giving to Iowa Advance Special #384. Visit https://sites.google.com/site/diversityservicecenterofiowa/home for more information about the Diversity Service Center of Iowa.