A Sermon, Socks and Underwear 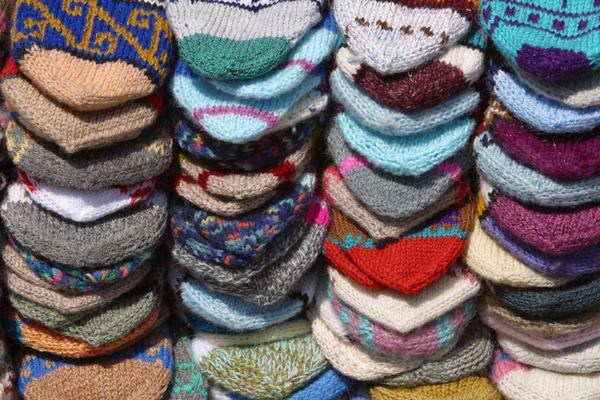 February 24, 2015
share
At Aldersgate UMC in Urbandale, a city of some 40,000 people located in the Des Moines metro area, the Advent season came alive in a special way this past year when members of the congregation were called on to bring desperately needed gifts to the local homeless in Des Moines.

Aldersgate Lead Pastor Jon Bailey likes to work with the church’s worship committee to find ways to connect the congregation to each sermon series in a tangible way. “The series was supposed to be about focusing on the gifts that we get from God that we need,” says Pastor Bailey about his recent Advent sermons. While the series was still in the planning stages, the committee began considering the needs of the homeless in their community and what Aldersgate could offer them.

Des Moines is estimated to have a population of some 4,000 homeless people, and only 500 warm beds available for them at night. There are dozens of homeless camps by the river where many live. Their needs are many, but the church decided to focus on one of the most significant, which often goes forgotten: clean socks and underwear.

The drive was promoted through the church newsletter, Sunday School classes, and of course from the pulpit. Pastor Bailey placed a large box, nearly four feet tall, in the church on the first week of Advent, and the Aldersgate congregation wasted no time in answering the call.

“Within the first week of having it out, I think that we were a third of the way full in that box,” says Pastor Bailey. “It was almost completely full the week before Christmas Eve services.”

The robust response was not exactly a surprise, as the people of Aldersgate UMC, who Pastor Bailey asserts are very committed to missions, are no strangers to helping those in need in the community. Yet, as some in the church who once did much of the groundwork for Aldersgate’s efforts get older, it becomes increasingly important to impart that sense of mission to the next generations. “It’s all about bringing up the next group of people,” Pastor Bailey affirms.

And this clothing drive, which took a sermon series and made it interactive, provided a valuable teaching opportunity for parents at the church. One mother told Pastor Bailey that “being able to select something physical helped her have a conversation with her kids about how there are needs in this world, and we might be in a position to help provide for those needs.”

When all was said and done, Aldersgate UMC had collected 76 packages (each of which included several pairs of socks or underwear) for homeless men, women, and sadly even some children. Aldersgate brought the collected donations to Joppa Outreach, a local non-profit dedicated to building relationships with the homeless, providing them with survival supplies, and working towards eliminating homelessness completely. Joppa then distributed the items to homeless people throughout the Des Moines area.

Pastor Bailey sees these kinds of partnerships as critical to the work of the church. “I think the biggest piece is finding out what is around you and figuring out how the church can be an advocate for those missional organizations.”

For churches seeking to establish connections with community organizations, Pastor Baily advises to simply ask “’What do you need? What can we do to help out?’ And they’ll tell you, they’ll tell you what they need. I’ve yet to see a ministry that doesn’t have an exact list or a wish list in their mind of what they need to do their work.”

Regarding the success of the socks and underwear drive, Pastor Bailey suggests, “I think what made this work was it was different and it was fun, so people could get behind it. Because it wasn’t the usual thing we were asking for.”