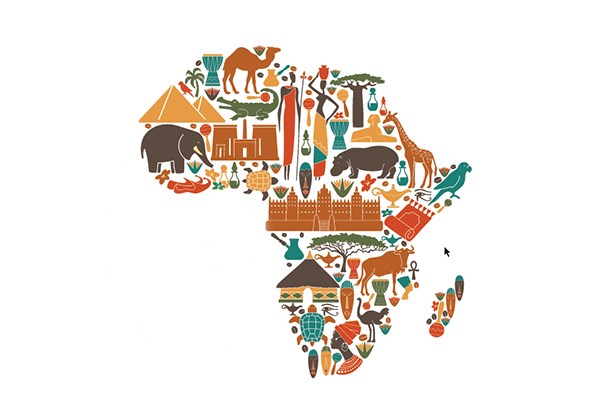 August 25, 2016
share
On Saturday, August 27 from 1pm to 4pm, on the spacious and welcoming grounds of Salem United Methodist Church (3715 33rd Avenue Southwest), the people of Cedar Rapids will have an opportunity to take in the sights, sounds, and tastes of multiple African cultures thanks to a partnership of local congregations and ministries, notably African Women Empowered from St. Mark’s, the Asbury International French Fellowship, and the St. Paul’s African National Ministry.

Click to listen to Dr. Jill Sanders talk about the Festival on Iowa Conference Conversations with Dr. Art McClanahan

“Over the course of the past three or four years, in our partnering with God, God has surprised us, and brought into our churches a significant number of African immigrants and refugees,” says Rev. Dr. Jill Sanders, Field Outreach Minister for the East Central District and one of the organizers of this African Cultural Festival. “What’s emerged out of that is that our churches have stepped up and partnered, and we have three distinct ministries in the Cedar Rapids metro area, and those three ministries have been meeting together over the course of this year, once a month.”

Although these ministries need to do some fundraising, because there are many more needs than there are funds, Rev. Sanders acknowledges that they realized what they really needed to do first was awareness raising. “A lot of our churches, even in our own district, as much as we try to get the message out, aren’t aware these communities exist. And because of language barriers, and because of cultural barriers sometimes, they don’t necessarily take the initiative or think that they have something to offer to these ministries. So this is an awareness raising event, and we decided to make it fun.”

Crafts, Food, and Lots of Music

The event is open to the public and free, with the exception of participation in making African prayer beads and Ethiopian crosses with the African Women Empowered ministry, which includes a cost for materials. “There will be music during the entire time. And then there will be food, and each ministry is preparing three big tubs of food. It will be a tasting, not a feasting, but an opportunity for people to taste some of their favorite foods from their home countries.”

Click here to see an album of images from the day.

Those home countries are primarily the Democratic Republic of Congo, Burundi, and Rwanda, and in order for people to get to know each of those nations better, the festival will also include discussions about unique cultural differences. For instance, Rev. Sanders mentions how she has been learning from some of her African friends that eye contact is regarded differently there than in the U.S. Whereas, in America, making eye contact with a boss who is speaking to you would be considered appropriate, that can actually be seen as rude to some Africans. “We’re going to talk about those kinds of things, just to help us get to know our African neighbors, brothers, and sisters a little better,” says Rev. Sanders.

Much of the music on offer at the festival will be from church choirs. “One of the things that I think predominantly Anglo churches can learn from our African brothers and sisters is that you can sing out and make a joyful noise, no matter how many people are present in worship. Our African National Congregation typically has anywhere from 80 to 120 folks in worship on the weekend, but they have four or five choirs,” she says. “Whereas most churches of people who look like me, if they have 50 people in worship, they say we can no longer have a choir.”

She notes that the African National Congregation’s choirs include a children’s choir, an adult choir, and an inter-generational choir. “They sing out and they dance and drums and keyboards, and it’s really wonderful. International French Fellowship, their style is more contemporary. It’s in French, but it’s more like a contemporary worship style.”

Hearing the Stories of Refugee Women

Festival-goers will also have an opportunity to purchase goods made by African Women Empowered, who make bags, purses, beads, and more. Rev. Sanders explains, “Part of the ministry in this is that refugee women are doing all kinds of things that support themselves.” She also adds that people who actually join the women in doing the bead-making at the festival may in fact hear some of their stories, if they feel comfortable enough to talk about their backgrounds.

“How detailed it gets depends on how safe they feel in the space,” says the reverend. “Many of these women have come from horrible, horrible situations and they have experienced a lot of trauma. When they come here, they’re dealing with how do we get a roof over our head, have money for food, learn English, working on citizenship. You have to have those things in place before you can start to look at healing from the traumatic experiences that they have had, like being beaten, being raped.”

Rev. Sanders notes that while African Women Empowered and the African National are mostly refugee congregations, the International French Fellowship is largely comprised of immigrants who chose to come to the U.S. Bringing these three groups together for the African Cultural Festival is not just about awareness, but also about encouraging collaboration. “They have very different approaches, different languages,” she says.

“This all kind of surprised us. It’s not like we had a ministry plan, and we said ‘Our plan is to go connect with Africans.’ It was that these congregations began connecting with their neighbors. And whether it was the congregation or the pastors, the relationship started, and then they’ve grown into these ministries and what they are now.”

In addition to offering support by coming out to the festival on the 27th, Rev. Sanders says, “The first thing anybody who wants to support these ministries can do is pray, because the needs far, far outpace any resources we feel like we have.” But people are also needed for everything from financial support to hands-on help like providing transportation, tutoring, and teaching English. Anybody who wants to partner with these ministries can learn more at the festival or email Rev. Sanders at Jill.Sanders@iaumc.org.

“I grew up in Humboldt, Iowa,” says Rev. Sanders. “If you would have told me that by the time I was 50 years old, that I would be able to, within a 10-mile radius of my house, worship in Swahili, Kirundi, French, Spanish, if you’d have told me that would be possible in Iowa, I would have thought you were just nuts. But one of the commitments of my ministry is we have to figure out what God is doing and partner with it, and these churches have done that.”