An important message from Bishop Laurie 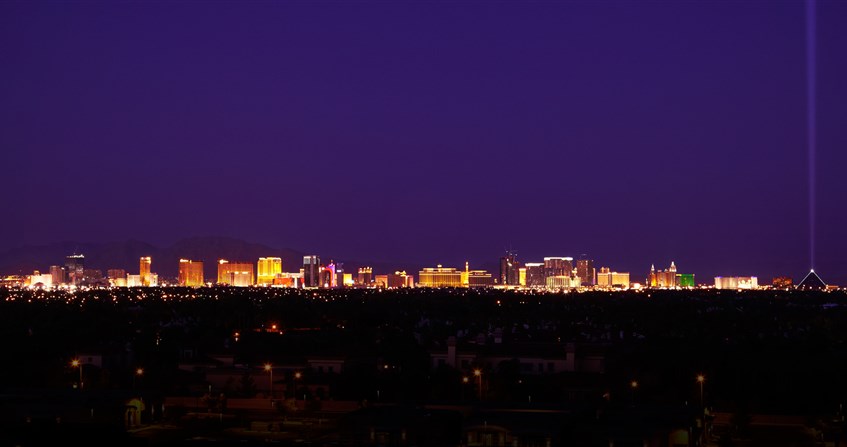 The entire country woke up on Monday morning to the shocking news that a lone gunman unleashed hundreds of rounds from high-velocity semi-automatic weapons from the 32nd floor of a Las Vegas hotel onto a crowd of 22,000 people at an outdoor music festival. It was the deadliest mass shooting modern US history. 58 people were killed and hundreds more were injured. Among the victims was Carly Kreibaum of Sutherland, Iowa, who had a husband and two children.

Authorities are just beginning to piece together the life of the gunman, Stephen Paddock, who had amassed an arsenal of 23 firearms in his hotel suite weapons as well as 19 more firearms and thousands of rounds of ammunitions in his home. Especially deadly was Paddock’s use of “bump-stocks,” devices that allowed semi-automatic weapons to function as fully automatic weapons.

Our hearts go out to the families and friends of all those who were killed and injured, as well as to first responders, and all those treating the wounded in area hospitals. While we may never have an answer to the “why” of Paddock’s act of pure evil, we can all help to make our country and world a safer place by our actions and words.

Whenever there is a mass killing, there is a plea for stricter gun control, but our legislators often bow to those who insist on the liberty to bear arms according to the Second Amendment. I hope that this time they will at least take positive steps to regulate bump-stocks, which no civilian should be permitted to purchase. I encourage you to read Resolution #3428 from the 2016 Book of Resolutions, which was adopted at the 2016 General Conference of The United Methodist Church. I also pray for the day when all United Methodist churches will be gun-free zones.

O God, you call us to be instruments of your peace, mercy, and justice. In the face of this unthinkable act of violence and hatred in Las Vegas, we recommit ourselves to be your agents of grace and reconciliation. We pledge to do all we can to bring in your peaceable kingdom throughout all the earth. Amen.

Jesus’ call to his followers to be peacemakers (Matthew 5:9) is tied to intimate relationship with God, and echoes God’s dreams for peace for all of creation as expressed in Micah 4:1-4.

“In days to come, / the mountain of the Lord’s house / shall be established as the highest of the mountains, / and shall be raised up above the hills. / Peoples shall stream to it, / and many nations shall come and say: / ‘Come, let us go up to the mountain of the Lord, / to the house of the God of Jacob; / that he may teach us his ways / and that we may walk in his paths.’ / For out of Zion shall go forth instruction, / and the word of the Lord from Jerusalem. / He shall judge between many peoples, / and shall arbitrate between strong nations far away; / they shall beat their swords into plowshares, / and their spears into pruning hooks; / nation shall not lift up sword against nation, / neither shall they learn war any more; / but they shall all sit under their own vines and under their own fig trees, / and no one shall make them afraid; / for the mouth of the Lord of hosts has spoken” (NRSV).

Micah’s prophetic dream points to a time when all peoples will journey to God’s presence so God “may teach us his ways and that we may walk in his paths” (4:2). Micah describes God as the final judge and the nations will travel to God’s presence out of their desire to live in peace without violence and bloodshed.

Violence, in so many ways, is fueled by fear and self-protection. Iron plows and pruning tools can be used as weapons. Yet, in Micah’s vision, genuine peace and security are given to all people by God after the weapons of violence are transformed: “they shall all sit under their own vines and under their own fig trees, and no one shall make them afraid.” Culture as well as weapons will be transformed: Indeed, “neither shall they learn war any more.” Whether it happens in the towns of northeastern Nigeria, a suburb in the United States, the streets of Australia, or an office in France, gun violence has become an all-too-often frightening phenomenon. We need the reality of Micah’s vision more than ever.

One crucial step toward curbing this violence on an international scale is the Arms Trade Treaty that passed the United Nations in 2013. Its focus is to prevent arms from being traded into already dangerous situations. The treaty does not regulate the trade of small arms within nations. In adopting the treaty, the 118 nations that signed it and the 31 nations that have already ratified it are stating that gun violence is a universal problem devastating lives and creating tremendous instability in nations and entire regions in the world (http://disarmament.un.org/treaties/t/att/deposit/asc).

Gun violence also greatly affects families and individuals. One of the most prominent forms of gun violence is suicide. Worldwide, there are nearly one million suicides every year, which amounts to more than 3,000 per day (World Health Organization, International Association for Suicide Prevention, http://www.who.int/mental_health/prevention/suicide/suicideprevent/en/, Worldwide Suicide Prevention Day is September 10, http://www.iasp.info/wspd/). While not all of these involve firearms access to firearms makes suicide more attainable for many who attempt it. Indeed, firearms are the most frequent method for suicides in countries where firearms are common in private households (World Health Organization, http://www.who.int/bulletin/volumes/86/9/07-043489/en/).

When domestic violence incidents involve the use of firearms the results are often deadly. “Gender inequality, tolerance and cultural acceptance of the use of violence against women, and common notions of masculinity that embrace firearms possession (which may be supported by both men and women) all combine to create a climate that places women at risk of Intimate Partner Violence involving firearms” (Small Arms Survey, http://www.smallarmssurvey.org/fileadmin/docs/A-Yearbook/2013/en/Small-Arms-Survey-2013-Chapter-2-summary-EN.pdf). A US-based study of mass shootings between January 2009 and January 2013 revealed that 57 percent of the incidents involved the killing of a family member, or a current or former intimate partner of the shooter (http://iaumc-email.brtapp.com/files/fileslibrary/communications_lizwinders/analysis_of_mass_shooting_062117.pdf).

As followers of Jesus, called to live into the reality of God’s dream of shalom as described by Micah, we must address the epidemic of gun violence so “that he may teach us his ways and that we may walk in God’s paths.” Therefore, we call upon United Methodists to prayerfully address gun violence in their local context. Some of the ways in which to prevent gun violence include the following: