A community on earth as it is in heaven 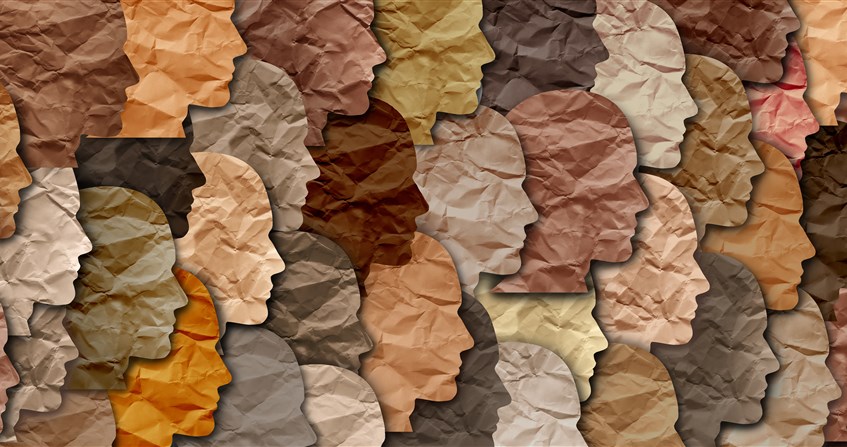 March 24, 2021
share
Members of the Antiracism Leadership Team will be contributing
personal narratives in a series of articles about the importance of helping
The Iowa Annual Conference to become fully antiracist at all levels of ministry.

By: Rev. Dr. Lanette Plambeck, Director of Clergy and Leadership Excellence and member of the Antiracism Leadership Team

As United Methodists, our baptismal vow calls us to “resist evil, injustice and oppression in whatever forms they present themselves.” As members of Christ’s holy church, we must also confront and confess sin in our own lives. I admit, when I first began antiracism work, I thought — there is no way I personally participate in racism, unjust systems or discrimination  — the mere idea of it just seemed so counter to who I believe I am as a Christian and who I am raised up to be in the Wesleyan tradition as a United Methodist. And then I remembered: John Wesley taught that there is voluntary sin (willful disobedience) that we engage in — that is the sin in our life where we know better, but we just don’t do better. And there is involuntary sin (unintentional disobedience) where we don’t know what we are doing or that there is “sin by association” when you are part of a system or practice that is participating in or perpetuating harm. By sin, I mean anything that pulls us out of Christ-likeness; anything that pulls us out of right relationship with God, our neighbor, ourselves and even creation. Through the practices of prayer, journaling, self-reflection and intentional community, the curtain was pulled back for me when I recalled Wesley’s teaching. This teaching gave me the perspective and permission I needed to no longer deny or downplay racism or injustice that is happening in our midst. I realized I needed to promote and participate in race-conscious discipleship; discipleship that transforms people and systems is one way to respond to the racism, hate crimes and killings that are on the rise.

I grew up with racism happening all around me — I just didn’t recognize it.  As a very little girl, I would watch Tom & Jerry. I loved their shenanigans. Looking back, I think of episodes done in black face or of their encounters with dark-skinned cannibals and who could forget Mammy Two Shoes? Loony Toons and Disney also had images in their cartoons and movies that present-day would be deemed totally unacceptable and racially insensitive as images that perpetuate cultural norms that are inappropriate and wrong.  Though “Hong Kong Phooey” was a Saturday morning favorite, I did not see how it planted ideas of Asian character and culture that were wrong and racist. I have been thinking about this anti-Asian rhetoric especially in light of the shootings in Atlanta that targeted Asian Americans.  Though a part of me wants to excuse the cartoons of my childhood as a by-product of growing up in the ’70s and ’80s, I have to admit that stereotypes were planted — including fear or assumptions of community, culture and language other than my own. I also get we don't need to cancel all things Hannah Barbera, Disney, etc. — but we can most definitely discard the line crossers and use this as a time of teaching and confessing. And though some might say, “You seemed to turn out okay.” we must recognize it wasn’t only me watching these images, but children of color were watching these images and my heart breaks for the depictions they were exposed to that told them who they are.

As I grew older, I gathered with family in front of the tv and watched All in the Family with  Archie & Edith Bunker and spent time with George and Weezie on The Jeffersons. My great-grandfather loved JJ on Good Times and when Grandpa was delighted by something he would give us all his “dy-no-mite!” These shows — each a hallmark of my childhood — gave my adolescent self a good sense of what prejudice and bigotry looked like. There were episodes when this was called out through an over-the-top storyline (Archie Bunker meeting and being kissed on the cheek by Sammy Davis, Jr, for example). What often happened in these sitcoms was that the storyline would spotlight the real racism that existed in our communities, homes and hearts. I didn’t always get this included my own community, my own home, my own heart.

I didn’t get that then, but I do now. And in a spirit of confession and as I seek to be and lead in a church that is fully antiracist, I began doing research, reading books, attending forums and creating circles of conversation where I can listen and learn from those who have experienced prejudice, bias, bigotry and hate.  I have heard accounts of harmful or racist ideas, words and actions that have become normative in our institutions, systems, culture, media, church and society. I have seen how when a bias is called out, it is often defended, excused and explained away. We have closed our eyes and ears to those experiencing and naming unfair treatment, marginalization and oppression as people of color are silenced, diminished and ignored.

I had to learn that racism is more than about an individual (what we think, do, say, believe) and that it is brutally polarizing and destructive — even when not blatant. I had to move from getting defensive to opening my head, heart and ears to the stories around me. I had to understand that racism isn’t just some bigoted jerk saying horrible and hateful things. I had to admit there are practices, policies and systems (institutional racism) that compromise fairness in our institution - even an institution made up of folx on a redemptive journey who truly want to value all lives and practice inclusion, diversity, equity and belonging.

A portion of our work on the Antiracism Team is exploring ways to do better as Christ followers, better as peace-workers, better as disciples. Our team is looking at systems, structures and strategies that need audited, assessed and adjusted. This means intentional education and having hard and needed conversations on what it means to be antiracist in all aspects of our conference life — individual and corporate. When we say our conference is committed to becoming antiracist, it means we are willing to take on (identify, call out, correct) barriers to equity, justice, inclusion and belonging.  It means we are willing to engage in self-reflection and grow in our self-awareness so that we can work together to identify practices or policies that perpetuate disparate harm and marginalization of our Black, brown, and indigenous kin and communities.  It means we want church to be a safe haven for the hurting and a harbor of hope for the disenfranchised and a place of formation for personal piety and social holiness as a people called to justice, advocacy, compassion and Christ. To get there, we need acknowledgement, confession and action — and we need to collectively work together to be the people God knows we can become. Bottom line — being antiracist is part of what it means to live as disciples dismantling systems that impede or designing systems that lead to being community on earth as it is in heaven.

Small Groups (Churches/small groups might explore this through the summer)

Book for personal growth or study

For Children or Youth