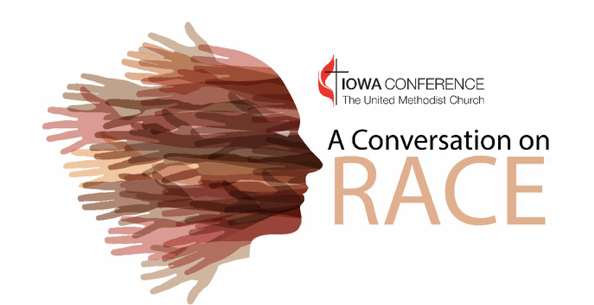 Bishop Laurie will host a conversation with members of our United Methodist family in the Iowa Connection. Speakers include Rev. LaTonya Calderon, Rev. Abraham Funchess, Grace Kiboko, Rev. Dr. Michel Lundula, and Rev. Dr. Jacqueline Thompson who will each share in this time of listening and learning.

This conversation is the first in a series of events intended to help all of us to see, listen, and learn from our Black brothers and sisters in Christ. This will be a conversation intended to elevate and hear from voices that continue to be silenced.

We hope that by attending this event you will gain a new understanding of the injustices experienced by the Black community and gain further understanding of how to create a more equitable world.

We pray this conversation begins a new process of learning, justice, and healing.

This will be a conversation that will broadcast on the Iowa UM Church Facebook page at https://www.facebook.com/IowaUMChurch/live beginning at 6 p.m. on June 15, 2020. Soon after the completion, a recording of the discussion will be made available. 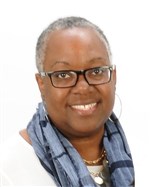 Rev. LaTonya Calderon was born in Kansas City, Missouri, but was primarily raised in Indianola, Iowa.

She is a graduate of Saint Paul School of Theology. She was ordained in the Missionary Baptist Church and later recognized and received as a full elder in the United Methodist Church.

She is currently appointed to Stuart – Mt. Vernon United Methodist Church in Stuart, Iowa and serves on the Board of Ordained Ministry, Personnel Review Availability Committee, Southwest District Operational Team, and as a General Conference Delegate.

She is married to David Calderon and they have three children LaQueysha, Jasmine, and David, and one grandson Riley. 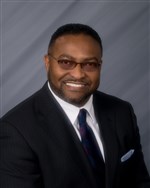 Recipient of many awards and recognitions, Funchess is most proud of receiving the W.E.B DuBois Award for Social Activism from Hampton University in Virginia and the Bishop James S. Thomas Leadership Award from former Bishop Julius C. Trimble of the Iowa Annual Conference of the United Methodist Church.

He is married to Veronica McGee with one son Solomon Diara at Iowa State, Rev. Funchess is author of a children’s book entitled Rise! and is the founder of MLK New Jerusalem LLC. 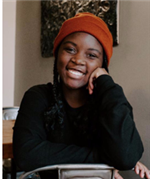 Grace Kiboko is a recently graduated senior from Linn Mar High School in Marion, Iowa. She was born in Mt. Pleasant, Iowa, but spent her childhood in Laurel, Norwalk, and Marion as a pastor’s kid.

She grew up in a predominantly white environment all her life which sparks an interesting perspective on racial issues in America. Being raised by two immigrant parents from the Democratic Republic of Congo, she recognized the social barrier between the African American community and the Black American community. Not only did she recognize this barrier, but she also recognized the lack of black American history being taught in schools.

In her words, “It is essential to each American, regardless of race or ethnicity, to learn and digest the impact that the Black community has on the history of the United States of America.”

With that in mind, she strives to create a more inclusive and intuitive educational environment for the future generation. She plans on attending Texas Christian University majoring in youth advocacy and educational studies in hopes to achieve a Ph.D. in education. 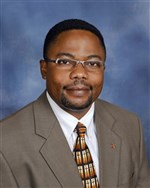 Rev. Dr. Michel Lundula is an Ordained Elder in the Iowa Conference of the United Methodist Church.

Originally from the Democratic Republic of Congo and currently serving the community of the United Methodist Church of Le Mars in Le Mars, Iowa, and the French Ministry of Sioux City.

Lundula graduated from Africa University with a Bachelor of Science in Agriculture (2005). From Garrett-Evangelical Theological Seminary he graduated with a Master of Divinity (2008) and a Doctor of Ministry (2013). He serves as the Commission on Religion and Race Northwest District Representative.

She is a community activist in the areas of social justice, hunger, affordable housing, public education, and the arts and culture.

In September, Jackie will speak at the Central District UMW’s Day Apart on their upcoming book study: “Pushout: The Criminalization of Blacks Girls in Schools” by Monique W. Morris. The presentation will include time for breakout discussion among participants.