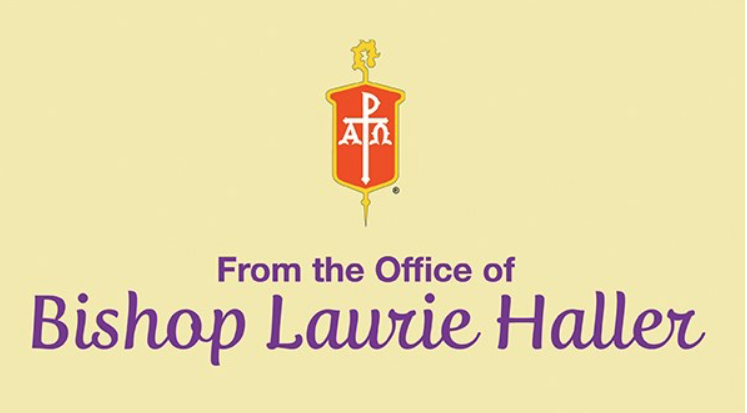 My heart was heavy this morning at Epworth Assembly in Ludington, Michigan, when the American flag was lowered to half-staff. It was a gesture of both mourning and respect for the victims of the mass shootings in El Paso, Texas, and Dayton, Ohio over this past weekend. I have been at this summer resort with Methodist roots for several days of preaching and teaching.

At an open forum this morning, we shared deep grief for the families of the twenty-two people killed and twenty-six wounded in El Paso and the nine people and twenty-seven wounded in Dayton, including the sister of the gunman. A mass shooting is defined as an incident in which four or more people are shot or killed. There have now been 251 mass shootings in the United States in the first 216 days of 2019. That is more than one mass shooting per day. The FBI had been warning about the potential danger of domestic violent extremist attacks, and their concern proved to be justified.

At our forum this morning, we lamented that this level of violence has almost become routine in the United States. We prayed for the families of all the victims but also had an honest conversation about how each one of us can work to create a safer country and world for all people, especially our children and youth.  May God grant each one of us the wisdom and the grace to be difference makers and peacemakers as we embody God’s shalom for all. “He has told you, human one, what is good and what the Lord requires from you: to do justice, embrace faithful love, and walk humbly with your God.” (Micah 6:8) May we all pray and act as did St. Francis: