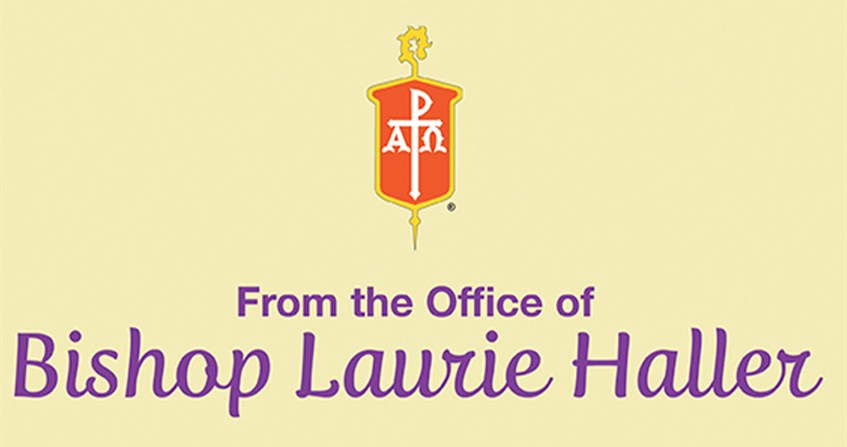 May 30, 2020
share
You are no doubt aware of the tragic death of African American George Floyd in Minneapolis on Monday at the hands of a white police officer who placed his knee on Floyd’s throat for at least eight minutes, causing him to die. This happened despite protests from onlookers that his life was in jeopardy.

Floyd’s death has had a worldwide impact as we continue to wrestle with racism in the United States and has sparked protests and riots in Minneapolis as well as in other cities around the country, including Des Moines.

Last night, a planned demonstration to protest Floyd’s death turned violent when some protestors refused to leave. With officers in riot gear lining the streets, protestors threw bottles and broke out windows. Others threw fireworks and bricks as officers fired tear gas. Most of the protestors left peacefully by midnight.

“Racism, manifested as sin, plagues and hinders our relationship with Christ, inasmuch as it is antithetical to the gospel itself,” according to the Social Principles in our United Methodist Book of Discipline.

As disciples of Jesus Christ, I encourage you to name and continue to resist evil, injustice, and oppression in whatever forms they present themselves. I also pray that we will work toward the day when everyone in our world has just and equal rights and the opportunity to live fully and freely. Standing in solidarity with all marginalized communities, may God’s grace strengthen us to affirm the human dignity of all people.

Lord, may each one of us be an instrument of your peace, justice, and mercy. Amen.