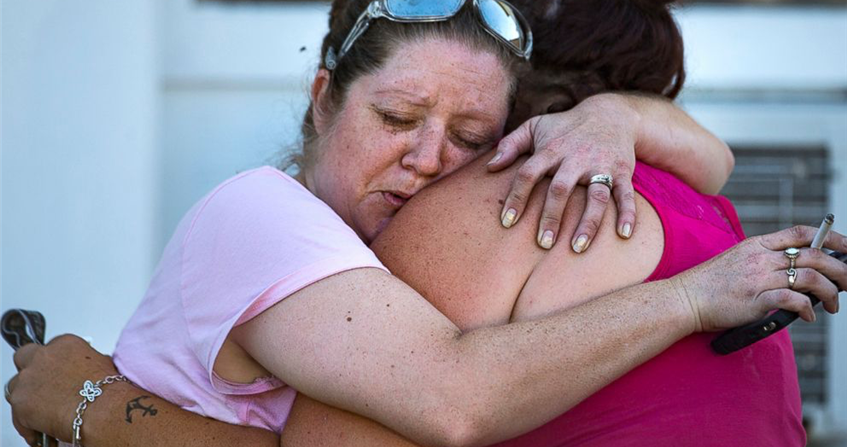 Carrie Matula embraces a woman after a fatal shooting at the First Baptist Church. ABC News

November 06, 2017
share
Our hearts are heavy as we mourn the deaths yesterday of 26 children, women, and men at First Baptist Church in Sutherland Springs, Texas. Twenty others were wounded, many critically, in the largest mass shooting in Texas history. Children lost parents, multiple members of extended families were killed, and the 14-year-old daughter of the pastor died at the hands of shooter Devin Patrick Kelley. Four percent of the town’s population was killed in the shooting. In the midst of this senseless and horrific tragedy and as people of faith, may we all recommit ourselves to creating a world where guns are not so readily accessible, those who have criminal records and/or a history of mental health issues are identified and receive treatment, and no one ever has to be afraid while attending worship. In the midst of unspeakable grief, Lord, in your mercy, hear our prayer.