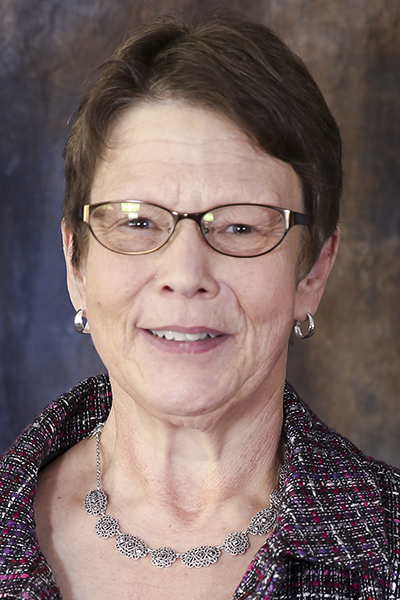 January 19, 2017
share
The Northeast District of the Iowa Conference of the United Methodist Church will see a familiar face in its district office this year. District Superintendent Jackie Bradford was recently reappointed to her position for a seventh year.

“It’s quite an honor to be able to continue for a seventh year,” said Bradford. “There is a continuity to my leadership will provide, so there will be a smoother transition (for the next superintendent).”

Typically, district superintendents serve for six years in a single district, but can sometimes serve for up to eight consecutive years in the same district. Bishop Laurie Haller asked Bradford to stay another year to help implement the teachings of Spiritual Leadership Inc. (SLI).

SLI is an organization that seeks to help church leaders grow and put their ideas into action. Two teams on the conference level were created. The Bishop’s Operational Team looks at the processes in the conference and strategically aligns what it’s doing with focusing creating new faith communities and renewing congregations. The Appointive Cabinet Operational Team is focused on creating operational teams in each district where the principles learned from SLI are carried down to the grassroots level in the local churches.

Bradford is the dean of the Appointive Cabinet Operational Team. Haller said the reappointment will help the conference continue its goals.

“Jackie’s broad experience and outstanding leadership skills as current dean of the appointive cabinet have proven to be invaluable as I have begun my ministry as Iowa’s new episcopal leader,” said Haller.

Bradford also started an operational cabinet in her district six months ago. The extra year will ensure the fledging team can continue to grow.

“The district superintendents have been working for a year with our coaches from SLI to more effectively align our district resources and staff with our conference strategic priorities,” said Haller. “As each district forms an Operational Team, Jackie’s continues leadership of this process on the Northeast district is essential.”

A total of eight districts make up the Iowa Conference of the United Methodist Church. Each district is different in its demographics, population centers, size of churches and the way things get done. When Bradford started the Northeast district operational team, she looked at what was the best way to implement the SLI principles of loving, learning and leading for the Northeast district.

“Every district is unique and that is one of the greatest gifts this process has,” said Bradford. “Our job is to not replicate what is happening at the conference level but to create what God is calling us to do at a district level.”

Bradford and the Northeast field outreach ministry, Jaymee Glenn-Burns talked about who they wanted on the team and who God was calling to be a part of the team. They also discussed what are some of the values of the Northeast district and what is important to the district going forward.

“It was important to us to invite people with open mindedness and who were not stuck with what was in the past or trying to make the past work for the present,” said Bradford. “We wanted fresh ideas, fresh energy and fresh eyes.”

They also looked for people who had not served on a conference level, but had served in the local church. The final group they put together is made up of different ages, is 50 percent clergy and 50 percent laity. The team is also almost half men and half women. Bradford and Glenn-Burns knew they needed to make the district operational team a grassroots effort.

When creating the team, Bradford and Glenn-Burns differed from other districts. They relied on personal relationships with people in the district and one-on-one meetings with those identified as possible team members. Other districts asked interested people to send in applications.

While each district’s approach to the implementation of the SLI principles might be different, they all have one thing in common: the strategic priorities of the Iowa Conference.

The Northeast team is did not set out with a specific outcome. Rather, the team members hope to help local churches adjust to ministry in the 21st century. Bradford believes cultivating a flexible goal helps churches adapt in a way that works for it and the community.

“Sometimes if you start with an end in mind, you create only that,” she said. “The beautiful part is that this has been a freeing process because together we’re discerning God’s vision, which isn’t a predetermined outcome.”