Celebrating 10 years of Women at the Well 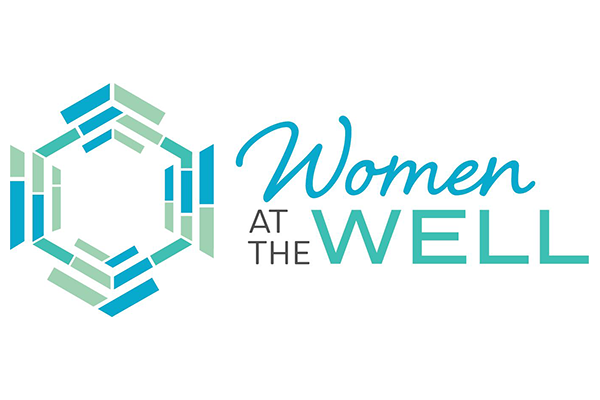 February 16, 2017
share
Every Thursday evening, a group of women gathers to raise their voices up in praise to the Lord at one of the more than 700 United Methodist churches in Iowa. The church is found in the most unlikely of places, though. It is located within the walls of the Iowa Correctional Institute for Women (ICIW), Mitchellville, the only women’s prison in the state. Not only is the church thriving, but the women celebrated 10 years of Women at the Well recently.

The incarcerated women, district superintendents, Women at the Well Pastor Lee Schott, volunteers and Bishop Laurie Haller gathered at the women’s prison on Thursday, Feb. 9, to worship and give thanks for the ministry and community the church provides the women.

The church service each week is like any other church you’d find in other church across Iowa. Hymns were sung, prayers were said, scripture was read, Communion was served and there was even a children’s time because we are all children of God.

Despite being incarcerated for months or even years, the women were joyful members of the church, participating in all aspects. One woman ran the sound, projector and PowerPoint presentation, others formed a praise choir. The women even showed their caring spirits for others outside the prison walls.

Those at ICIW are employed by the prison, working for up to $.50 an hour in food service, housekeeping, maintenance, grounds keeping and other tasks. They must stretch their wages to pay for any courts fees and items from the commissary. The church members of Women at the Well, though, still find it in their hearts to raise money for difference charities each month. For the month of February, the women were raising money for breast cancer awareness. By the night of the 10th anniversary, the church members raised almost $35 in one week, just in time for the 10th anniversary.

For the incarcerated women, Women at the Well provides a support system as they enter the prison and as they transition back out into freedom, which is why they participate and give what little they have.

The public is invited to celebrate the 10th anniversary of Women at Well in April for two events. Learn about ways to help incarcerated women and worship together to celebrate God’s love for all his children.

Saturday, April 1, 2017
- 10 am to 3 pm at Collegiate United Methodist Church, Ames, Iowa
- The Crisis of Mass Incarceration Right Next Door: Becoming Stations of Hope.
- Join nationally recognized speaker and author Harold Dean Trulear as he lays out a framework for congregations in their ministry to families affected by incarceration.


Christie, an incarcerated woman, said she invited Jenna to Women at the Well when Jenna first arrived at ICIW.

“I just really saw Jenna was going through some rough times in her life,” said Christie. “I just thought she could use support and some uplifting.”

Jenna said she initially came to the church services as an excuse to get out of her unit. She soon realized Women at the Well provided a family made of friends.

“It’s really been a benefit to me,” she said. “Having (Women at the Well) has really helped me through those ups and downs.”

Bishop Haller gave the sermon for the 10th anniversary, titled “Grace on Tap.” She shared that God’s grace is available to all, no matter who or where we are. She preached that all people yearn to fulfill a thirst within their hearts. People try to satiate that thirst with material and physical things, but the only way to truly relieve the thirst is through God.

“We are part of a complicated, interacting set of circumstances that make a difference in people’s lives,” said Schott.

Schott, Rev. Paul Witmer, Minister of Congregational Care, and Deacon Brenda Hobson provide pastoral care when women are struggling with challenges and relationships in prison, support women on their spiritual journeys and help them as they transition to life outside the prison.

For as much help as Women at the Well provides, Schott acknowledges that sometimes it can be hard for transformation to take place when issues like mental illness, addiction, and histories of sexual violence are present.

“I see women who sincerely are ready to make a change in their lives and I see some of them fail,” she said. “I believe we plant a lot of seeds and we get to watch some bear amazing, sweet fruit, but others will take a long time to ripen and we may never see that next phase in her life.”

“They will frequently tell me how significant our presence was for them,” she said. “(They say) how much they appreciate their re-entry team if that have one, and what a difference faith has made in their lives.”

As much as Schott and the others involved with Women at the Well have helped incarcerated women, the women have also helped Schott grow and make realizations about herself and churches.

“I have found depths of compassion and love that I didn’t know were possible for me and my vision for vital ministry has grown,” she said. “I am (also) more aware of the way our mainline churches have been impoverished by the absence of women like the ones I meet in prison.”

Schott’s realization that mainline churches are missing out on the presence and human experience the women bring is one of the driving forces in her future goals for Women at the Well. Schott wants to advocate for the women and the church beyond the walls of ICIW and hopes outside churches will welcome and include people who might be overlooked.

“We are not just a church inside the prison,” she said. “We want to help the church beyond the prison do the kind of ministry in their communities that we have learned to do inside with person that have been largely overlooked.”

The Women at the Well ministry is also a vital tool in helping women with their re-entry into normal life outside the prison. Schott said the re-entry capacity in the Davenport and Waterloo areas are lacking teams.

Schott said people both in the United Methodist Church and outside of it can help Women at the Well achieve these goals and beyond. Schott suggested several ways to support the ministry or even get involved.

Groups of up to 10 people can attend Thursday worship at the prison. Schott is available to lead worship at different home churches on Sunday morning. The ministry’s Speakers Bureau is also available to come speak to groups in churches and communities about the ministry. Volunteering in the prison and also as part of re-entry teams for women going back to outside communities.

Most importantly, Schott said, helping women on the fringes of society before they are ever incarcerated in the first place. She encourages people to get involved with the Right Next Door program that welcomes people into churches who are overlooked and to also advocate for criminal justice, mental health reform and legislation against sexual violence.

By supporting Women at the Well, Schott said helps show incarcerated women that they are still deserving of God’s love.

“I know it makes a difference everyday that I’m there to sit with her when she’s struggling and I see her eyes light up when she ‘gets’ a new truth about forgiveness, or what’s possible for her or that she’s loved and treasured by God whose regard can never be forfeited,” she said.