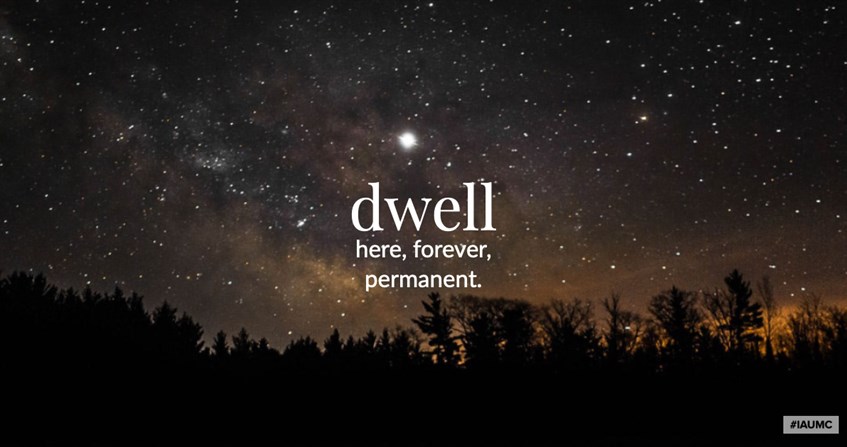 December 13, 2019
share
December 13th Advent Devotion
Scripture:
The Word became flesh and made his dwelling among us. We have seen his glory, the glory of the one and only Son, who came from the Father, full of graceand truth.—John 1:14

Years ago a sign was seen hanging in a store window during the Christmas season. It captures the heart-felt sentiments of many people even today. The original message stated, “Let’s make this the best Christmas ever.” And who among us has not thought the same thing at one time or another? But underneath the original wording, some perceptive person had scribbled a legitimate question: “How will we top the first one?”

Indeed, how could we possibly top the events of that very first Christmas—for John tells us that something remarkable, and unprecedented in all of time, in all of creation, was taking place on that night so long ago. Under the night sky, as angels proclaimed the goods news to the shepherds watching their sheep, a tiny baby was born to an unassuming young couple. But as precious as each tiny life is, John tells us that there was something even more special about the baby born that night, Verse 14 makes it clear…this child was God in the flesh. “The Word became flesh,” it says, “and made His dwelling among us.”

Isn’t that remarkable? Isn’t it awe inspiring to consider that when Mary held her newborn child in her arms she was holding the Son of God?

Do you see why we can never surpass the greatness of that first Christmas?

Then the Lord Jesus was born among us. And dwell among us he did, not as expected in a great force but born as a child in a manghher. Born as a deliverer of people.  He comes to dwell among us as a gracious King to reign forever. God had done it. Everything changed at this birth. Jesus dwelling among us. We are the people that Jesus dwells among. We are still His choice.

Prayer: Heavenly Father who dwells among to this day, Thank you for coming and bringing a purpose to our holiday season. May we daily be reminded that you dwell in us and that is a wonderful miracle to celebrate this holiday season. Amen.