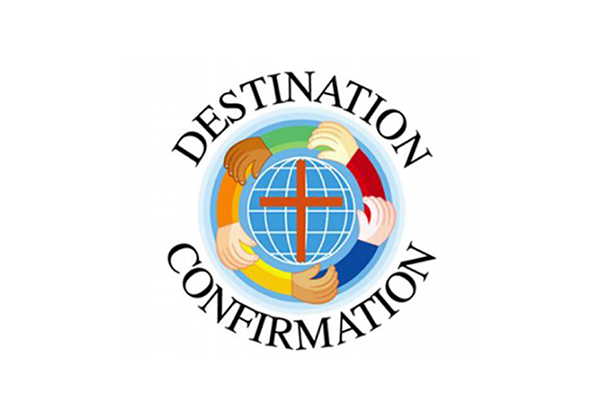 Each group is its own stand alone group - Rob’s group has four students, Rhoda’s has three and Don’s has the most students with six – but bringing the groups together brings the students closer together as United Methodists.

“It just occurred to us that some of these kids knew each other from school and others didn’t know each other,” said Don. “But we thought we might be a little stronger together and we can get to know each other.”

Rob and the Prestons have a history together that brought the ecumenical confirmation class together. Rob worked at the Bethel church in Manly for several years. As he was going through the process of ordination, he worked with the Prestons and got to know them well.

“Now, just by chance, we are very close to each other,” said Don. “He picked up a church just down the road.”

Once Rob received his appointment at Northwood and Lake Mills, Ansbury, he and the Prestons got together. The three pastors aren’t sure who brought up the idea of combining the confirmation groups first, but the idea just fit.

Rhoda said she thought it’d be a great idea because the larger group can participate in more activities. For example, she wanted to take her students on a retreat, but with a group so small, it would be difficult to plan large group activities.

Now, with the combined groups, the pastors have planned a retreat for the students, mentors and parents for February.

“It was one of the things I was disappointed that I can do with my kids,” she said. “There are things that wouldn’t be possible or near as much fun if we just had three.”

For most of the month, the groups meet at their own respective churches, but once a month the groups combine.

“We meet once a month because we would hate to lose the local flavor of doing it on a local basis each week,” said Don. “It’s worked out nicely because the students can learn from different teachers.”

The pastors share the responsibilities of cooking food, planning games and teaching the lesson. No one pastor has a set task month to month. Rhoda said the flexibility of the group and the trust with each other has set a good example for the students.

“Putting the kids first is really important, so it doesn’t matter who is going to come across as the most intelligent or who can offer more than the others,” she said. “So the kids see that level of mutual trust and respect between us.”

The most important aspect, though, is that the students enjoy their time together and meeting new friends. All three pastors reported that the students have said they have fun at the monthly meetings and all students are planning to attend the retreat in February.

“My students were shy at the first meeting because they didn’t really know the others,” said Rhoda. “But on the way home in the car, they all said this was fun.”

Rob said the students also appreciate seeing that they aren’t the only ones going through confirmation. The sense of community has helped the students connect to their United Methodist roots.

“They kids see there are other kids their age going through confirmation who share their beliefs,” he said. “I would recommend other churches try it out because being connectional is part of our goal as a church.”