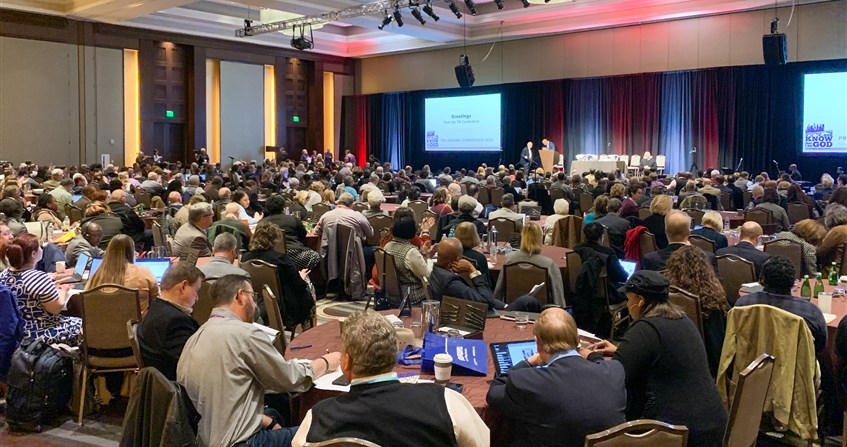 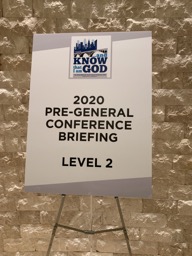 Delegates and communicators from across the United Methodist connection gathered in Nashville for the 2020 pre-General Conference briefing. Representatives from the denomimnation’s boards and agencies resourced the nearly 500 domestic and international church representatives.

The event began with worship on Thursday morning, January 23. General Conference worship leader, Raymond Trapp gathered those present into a community striving to know God, which is the Psalm 46 theme of the quadrennial gathering. Trapp is the choral director/organist of Vandeveer Park UMC, East Flatbush, Brooklyn, New York,

Minnesota-Dakotas Bishop Bruce Ough, was the preacher for the initial service. Reflecting on the Exodus journey, Ough said, “We see ourselves in the questions of the people who went before.” Echoing the cry of the wilderness people, “Is the Lord among us, or not,” he asked where God is when the forces of nature are overrun, when the economy is rigged for the affluent at the expense of the poor, when there are many homeless and hungry when benefits are reduced/eliminated to the advantage of those who have in excess, when people are being excluded, and when congregations are being destroyed. 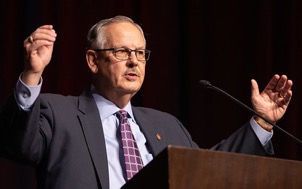 “Pay attention to the questions in your souls and hearts, “Ough suggested. “Will we say ‘Yes!’ to God's invitation to go, to do justice, to be strong and courageous” when we journey to Minneapolis for the General Conference, he wondered.

In response to asking, “Is the Lord among us, or not,” the Bishop had a resounding affirmation — “Yes!” Yes...because we are seeking the future church...because we will work to end racism...because we will include all those who have been left out. “The Good News is always yes,” Ough said, because “God is still able.” 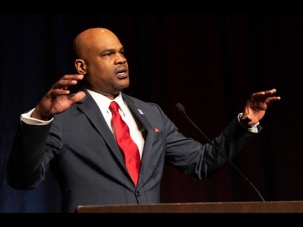 After a welcoming presentation by the Minnesota arrangements committee for the 2020 General Conference and conversation about the prayer ministries before and during the ten-day gathering in May, the remainder of the morning session was devoted to legislation related to the various proposals for the structure of The United Methodist Church. Consideration was given to additional proposals during the afternoon session. Central Conference Reactions 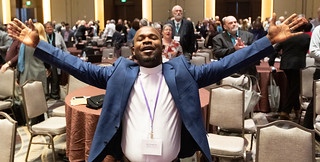 Central Conference perspectives from Europe, Africa, and the Philippines included a desire to “stay together by giving each other freedom to adapt to our different missional contexts” and affirming “the annual conference [is to] be the place where the Methodists determine their future affiliation.” In addition, “Central conference perspectives should not be an afterthought. “Opposition [to] dissolution and [a desire to] preserve the unity of The United Methodist Church” was expressed strongly. Their covenant of hope called for the strengthening of “our core mission of evangelism, discipleship, and social witness for the transformation of the world.”

To conclude the first day of the 2020 pre-General Conference briefing Bishop Ken Carter (Florida area), president of the Council of Bishops, shared “A Bishop’s Perspective,” raising seven key questions and led the group in an extended time of prayer “reminding ourselves of who we are.”