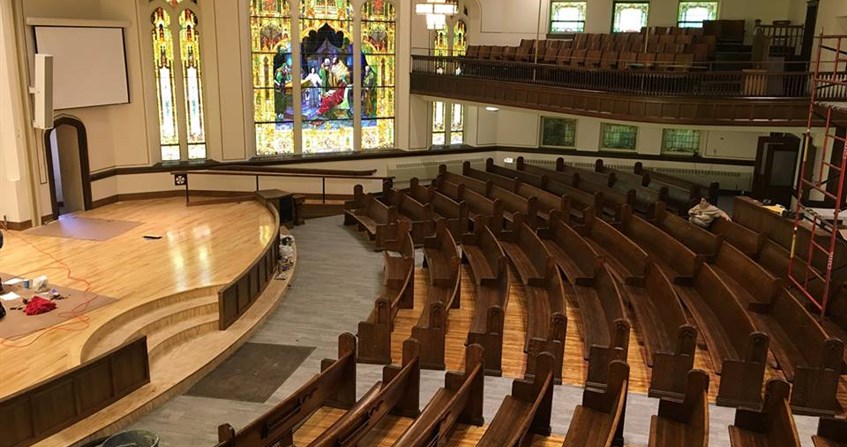 A tornado destroyed part of the sanctuary at the Wesley United Methodist Church in Muscatine in March 2017, causing $1 million of damages to the building and destroying the 5200 pipe Casavant organ.

This didn’t destroy the congregation’s spirit, though. Although it was inconvenient, Board of Trustees chair Greg Wall said they took advantage of the situation.

“We seized the opportunity with the church being in disarray and we made a lot of improvements that would have never been made otherwise,” Wall said. 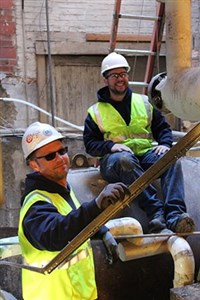 One of these improvements was removing an old boiler in the basement right below the organ. It was too big to move, but the damages made it easy to access with a crane. The church also removed old radiators in the sanctuary to replace with thin tubes for heating.

Wall said the church was able to make improvements along with repairs because of their great insurance. The insurance paid for everything after the church paid their deductible, and a campaign committee raised funds for the $500,000 worth of upgrades.

Two trustees oversaw the entire project and created committees for selecting the new organ, upgrading the church, raising funds and working with an interior decorator.

Wall said he and the other trustee went to the site every day. The two both took breaks and vacations, but at different times so at least one person was there every day from March to November.

“We say that the days were long and the year was short,” Wall said. “We had a great time.”

The church held its first service in the sanctuary Nov. 19, and had a dedication on Jan. 7. The dedication was a welcoming of church officials, some local officials and contractors who worked on the project.

“It wasn’t a really elaborate affair, but it was very nice and very well attended,” Wall said.

The roof, floor, windows and other building repairs were all completed by November. The most extensive project – the organ – won’t be complete for another 15 months.

Wall said the committee for the organ was comprised of mostly musicians who spent the summer interviewing, traveling and listening to different organs from organ manufactures around the world.

The committee chose a manufacturer from Massachusetts and signed a contract with them in January. Wall said it takes a tremendous amount of work and decision making for an organ. The committee has to choose how big it is, how many pipes, the tone and many other details.

Components of the organ won’t be shipped to the church until next February, according to Wall. Then the company will send in around four people who will take four to six weeks to install it. Once the organ gets installed, two people will take about four months to tune every single pipe.

Besides the organ, everything else is complete. Wall said they didn’t radically change the church because it’s a 100-year-old building, so a modernized look wouldn’t fit. He said it looks like it did 100 years ago, and that’s what they were striving for. 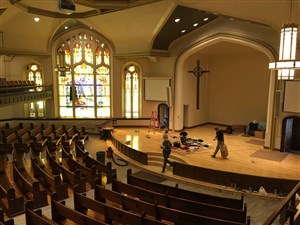 A few weddings had to be cancelled, some funerals that would’ve been in the church had to relocate and some groups who had meetings in the space had to move, so it was a major inconvenience for some people.

“But now that we’re all back together again, we can go back to having weddings and funerals and meetings and enjoy it more,” Wall said.