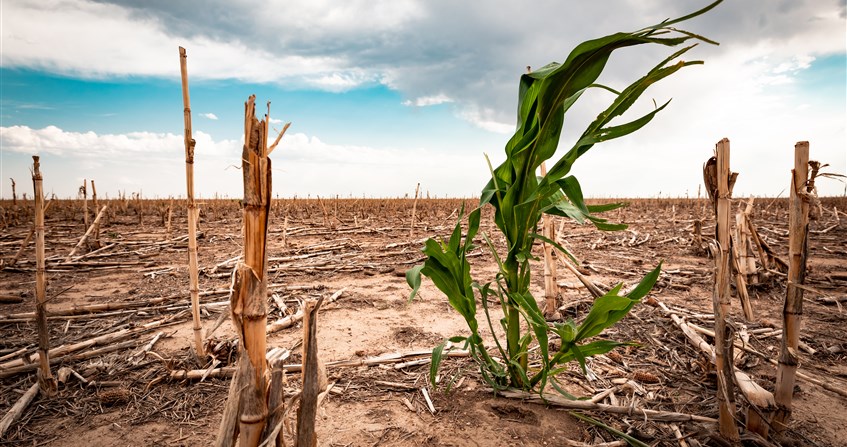 January 15, 2021
share
by Karlene Neal, Advocate for Immigrants and Refugees

An article recently published by the New York Times Magazine, in cooperation with ProPublica, describes the connection between global warming and people's migration. The authors used climate and economic-development data to examine scenarios.

For most of human history, mankind has lived within a surprisingly narrow range of temperatures where there is abundant food production. This zone seems to be moving northward, and drought conditions seem to be the norm in areas with abundant rainfall. On our North American continent, this includes the Latin American countries: such as Guatemala, Honduras, Costa Rica, Nicaragua, Salvador, and Mexico. It is from these countries that migrants typically flee north. Most immigrants prefer not to leave home. But driving forces such as population growth, poverty, inability to feed their families, and lawlessness related to poor government force people first into the cities where they hope to find jobs. Failing this, they typically move further north.

Under President Andres Manuel Lopez Obrador, Mexico tried to make Mexico a model for increasingly open borders. In contrast to building walls, he guided Mexico to welcome immigrants passing from Central  America to the United States. Mexico offered to provide employment to migrants. There was a hope that more open borders, some strategic foreign aid, and help with human rights would keep migrants from leaving their homes in the first place. However, the U.S. did not provide the foreign aid that was hoped for and tightened restrictions on immigrants coming to the U.S., both legal and illegal. As a result, Mexico was overrun with migrants who traveled as far as Mexico and could not get farther. At first native Mexicans tried to help, but sheer numbers and need overwhelmed anything Mexico could do. About this time, coronavirus spread, and borders were tightened further, leaving many migrants stranded—homeless, without jobs, lacking shelter and basic sanitation.

The solution to this ecological crisis depends on our response in the coming years. If we continue to build walls and attempt to keep others out, we risk walling our culture off. Studies have shown that we benefit from more migrants to help replace older Americans who leave the workforce. However, we must be willing to invest in preparing for that influx of people so that population growth alone doesn’t overwhelm the places they move to, deepening divisions and exacerbating inequalities. At the same time, we and other wealthy countries can help vulnerable people where they live. Funding development that modernizes agriculture and water infrastructure can be very useful. In some places, huge greenhouses have helped increase food production and, minimize water usage.

This problem is not a North American problem alone. According to newspaper articles, many continents are trying to slow down illegal immigration. Our newspapers frequently report on migrants crossing the Mediterranean Sea from the Middle East and North Africa. Parts of Asia export huge numbers of workers to the Middle East, India, and Australia. As scientific consensus around climate changes and related migrations build, we may have to face the fact that climate migration will be a part of our world.