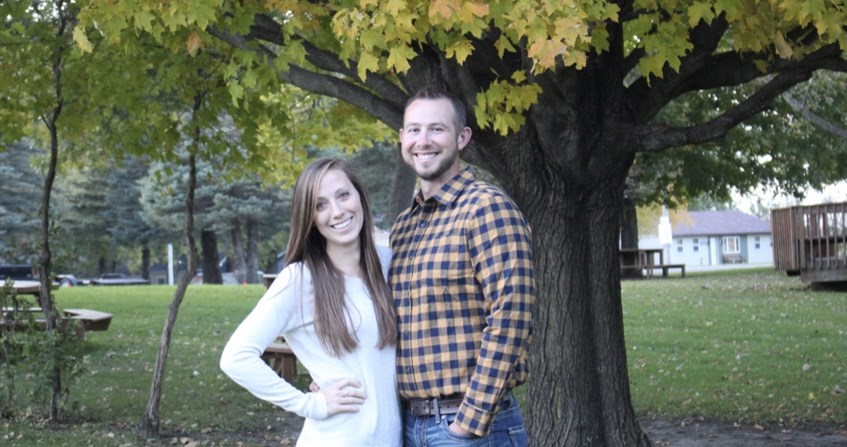 October 21, 2019
share
The Iowa Board of Conference Camps and Retreat Ministries is excited to announce that Eric Scheve has been hired as Site Director at the Lake Okoboji United Methodist Camp. Eric has been a long-time employee of the camp, starting as  summer staff in 2011 and progressing now into his new role.

“I have always loved working with people and camp is a perfect place to make that happen,” says Eric. “I am excited for the opportunity to continue making the Lake Okoboji United Methodist Camp a place where families, campers, staff, and guests can feel safe, welcome and experience Christ’s love.”

“We are so blessed to have someone like Eric on our team,” says Bryan Johnson, Director of Camps and Retreats. “Eric is one of the staff people I had the privilege of working with at Okoboji and his hard work, dedication to youth and adults combined with his leadership skills are going to make him a big success at the Okoboji United Methodist Camp. Iowa Camps are lucky to have someone like Eric!”

Eric is preceded as Site Director by Derek Bergman, who is moving on to other opportunities. “We are so thankful for Derek and his family and the past three years and all the work that they’ve put in to make Okoboji a special place,” says Bryan.

Eric grew up in Indianola, IA. As a resident of Spirit Lake, he stays active in the community as a member of community groups and at his local church where he is also the Chair of Discipleship.

When asked what is so special about the Okoboji United Methodist Camp, Eric says the history of Okoboji is unique to camps everywhere. “People have been gathering at the Lake Okoboji U.M. Camp for over 100 years. Camp has been an important part of thousands of people’s lives and continues to be a special place where they can continue to come. It’s a place where people feel safe and loved, friends can be made and God becomes real. Camping is special not only to those in Northwest Iowa but in the hearts of so many who have spent time here.”

The Lake Okoboji U.M. Camp serves between 600-800 United Methodist youth during the summer season and retreat and rental groups throughout the year.