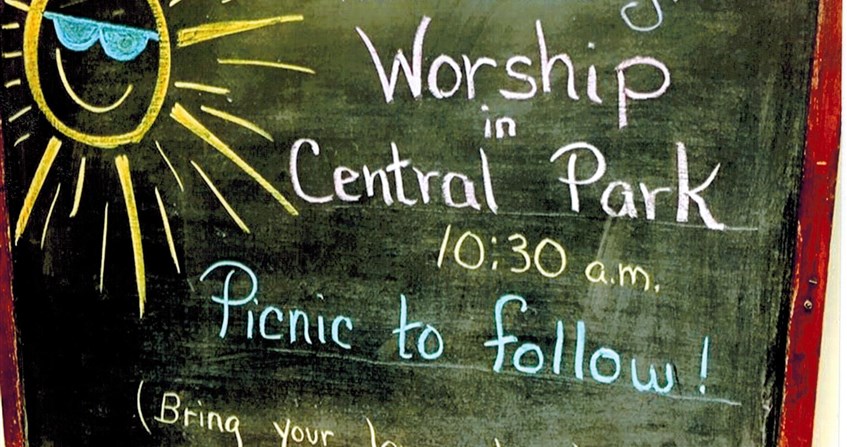 Marva Philipsen and her husband have been attending First United Methodist Church, located in downtown Ottumwa, for about five or six years. They found it friendly and warm, and small groups helped them to get involved and connected. But it’s an older church, with an aging membership, and, she explains, it has perhaps tended to be a bit too inward focused. That’s where First UMC was at when they began the Healthy Church Initiative (HCI), a process which Marva has been closely involved with.

“I was asked by Pastor Jon [Disburg] to be part of the lay group that went to monthly meetings in Albia, to connect with other churches that were beginning the process. We read books and discussed and so forth, and shared with each other what the strengths and weaknesses of our individual congregations were,” she says. “We would report back to our congregation. Then as we moved farther into the process, that brought more people in, so they could take their ownership of the process.”

HCI offers a highly collaborative process that encourages churches to determine what their goals are and then helps them get there. “We learned about where we were, and where we were wanting to go, and got started on that development that led to our consultation weekend. After that, then our prescriptions. That’s where we are right now. We’re in the stage where we accepted the prescriptions and we’re working on those.”

They are already seeing results. “Internally, we’re just more energized,” says Marva. “I think there has been some impact already that we have been more active in the community, or at least more noticeable to those in the community. We helped sponsor a concert that was open to everyone in the community. We’ve done worship service in the summer where we were out in the park. So even just people passing through the park were aware of our service going on and felt welcome, I hope, to join in if they chose to.”

First UMC has also made up t-shirts with the clever slogan ‘The church has left the building,’ which members will wear sometimes when they are out in the community. Marva says that they’ve even heard non-church members talk about groups wearing those shirts who are out helping winterize people’s homes or taking part in similar outreach projects. “That’s what I’m seeing as ways that we’ve been reaching out more and using our energy that way,” she says.

To other congregations considering HCI, “Do it,” Marva insists. “There is such a benefit to going through that process of studying yourself and expanding your knowledge of what else is out there, and then from that, developing ideas that are unique to your church. A lot of times we think about doing those things, but we don’t take action. I think that’s one thing the HCI process does is it helps support you in that, and it helps give you a timeline. That’s what some of us need sometimes to kind of have that extra push, knowing that we’re going to be held accountable. Not in a bad way, but in an encouraging way. That’s why I would recommend that churches do this.”

For churches that might be a little nervous about the commitment, Marva mentions that “At a couple of different places in the process, there’s a point where congregations make a decision to continue with the process or to stop the process. And those points are valuable because it isn’t like, ‘Okay, once I’m in this, we’re stuck’ kind of thing. I think it’s a healthier way of looking at it, so churches can do what’s best for the congregation and for the work of the church.”

Finally, in describing how the HCI process has impacted her, Marva uses a very contemporary metaphor. “If you’ve done a little work on the computer with graphics or photographs,” she says, “if you take the corner and drag it out, everything stays in proportion, but you can enlarge the picture or the graphic. To me that is what is going on – for the church, First Church, and for me, personally. There seems to be a connection that I have experienced, that when we are working on things that expand what First Church is doing, I also grow individually as a disciple and as a person in my walk. And they seem to be proportionate. So if I grow spiritually, it also increases what is going on in the church, and vice versa.”