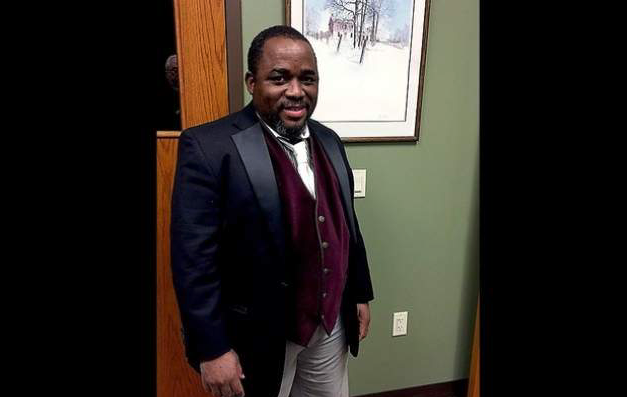 
The Rev. J. Cephas Davis’ faith is stronger than most people’s. That is because he was tested at an early age, growing up in war-torn West Africa.

“That experience completely shaped my thinking and belief in God,” Davis said. “By the grace of God I have come this far, from growing up in a civil war. Children my age (and younger) lost their lives and I’m still here today.”

Davis, 39, is the new associate pastor at First United Methodist Church in Ames. He hopes his story can bring a different perspective on faith and the world to people in central Iowa. He will officially join the church during services on Sunday.

“When I talk about hunger, I know what it is like to be actually hungry. I’ve been hungry before,” Davis said. “I remember walking for days without food, just water.”

Born in the coastal country of Liberia in 1977, Davis said he lived in a peaceful country until civil war broke out when he was 12 years old. During that 14-year time span, death, war and starvation became an everyday occurrence. He said bombs would get dropped daily, and he became accustomed to seeing dead bodies in the street when he would walk home. By the time the war ended, Davis said approximately 300,000 people lost their lives. That period could have caused him to abandon his beliefs, but instead, Davis said they grew stronger.

“Coming to the U.S., I hear people talking about war, especially the Iraq War, and I just get sick to my stomach, because I have lived in a war-torn country,” Davis said. “I grew up in the church, and I think that is what really helped me.”

Davis became more involved with the church, eventually becoming a youth president in his home church, vice president of the district church school, campus minister and, finally, a deacon and elder in the United Methodist Church. He also began doing missionary work around the world and in his home country, where he worked with orphans, child soldiers and other children from broken homes.

He eventually immigrated to the U.S. in April 2005, where he became a volunteer youth pastor in Coon Rapids, Minn. (where he met his wife Phyllis), and then in various cities around Texas.