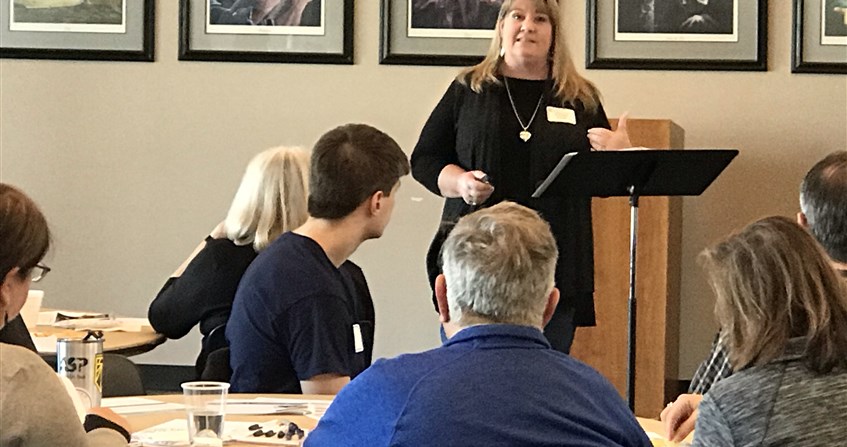 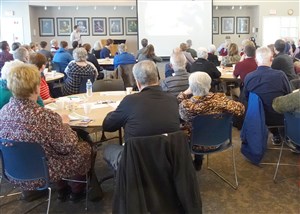 The gathering, clergy and lay, came to discover what it means to be the church in new and creative ways, hear from Fresh Expressions practitioners, learn how to renew existing congregations through Fresh Expressions of church, and discern what this could mean for their region, community, or neighborhood.

In session one, Lake told the group that every few hundred years throughout Western history a sharp transformation has occurred and in a matter of decades society altogether rearranges itself—its world view, basic values, social and political structures, arts, and key institutions. He then asked, "What has changed in the past 50 years outside of the church?" 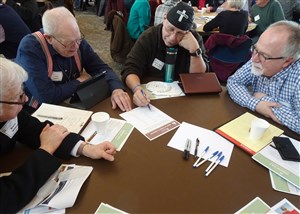 Fresh Expressions, explained Lake, is "not a competition to church but a compliment to connect with those that the existing church cannot reach."

Judy Marnin, from Anita United Methodist Church, said after session one, "We need to go where the people are instead of expecting the people to come to where we are. We can't expect our church to be the same as it was 50 years ago." Marnin also looked forward to hearing how churches overcome some of the possible problems that go along with Fresh Expressions of church.

Garrett Cook, who attends Johnson River of Life, said he was interested in learning more about "something out of the box," and that the first place he thought of creating a Fresh Expression was at his gym.

In session two, Evans continued by explaining what a Fresh Expression of a church looks like, saying, "A Fresh Expression is a form of church for our changing culture, established primarily for the benefit of people who are not yet members of any church." 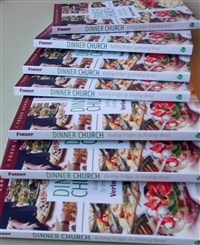 "It will come into being through the principles of listening, service, incarnational mission, and disciple-making," she said. They are missional, contextual, formational and ecclesial.

Fresh Expressions are groups of people who share a similar interest, hobby, or meeting place. They are small-scale, from 10-70 people and often meet in homes or neighborhood gathering spots.

“When the church was formed, no one said let’s get together and draw up a plan,” said Rev. Bill Poland, Director of New Communities of Faith for the Iowa Annual Conference of The United Methodist Church. “They started with the belief that what they’ve experienced with God and their relationship together was what was really important and life-giving, and that it had something to offer for the whole world. And so, people just went out and told other people about it and formed communities. When we’re at our best it really is organically formed.” 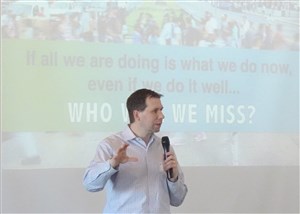 Presenter Matt Lake explained how Fresh Expressions were formed in his church, a large and stable church saying, “We noticed that all the good things we were doing were having less impact. It wasn’t that we were going to throw these things out, but we were trying harder and harder for increasingly less return.”

“We did a study and one key question came out of it. What would it look like for 1,000 people to gather together, not in one spot, but 100 groups of 10?” said Lake. “We are more rural so the 100 groups of 10 were potentially more doable. Out of that grew what we call the ACTS network which is a series of Fresh Expressions.”

Lake went on to explain how Fresh Expressions work well in a circuit model of networking churches. “Circuit riding came about because literally the movement of Methodism was trying to keep up with all the people of the fringes and they didn’t have enough pastors, so they rode the circuit,” he said. “One of the ways we can be connected through Fresh Expressions is to have local ordained pastors from an 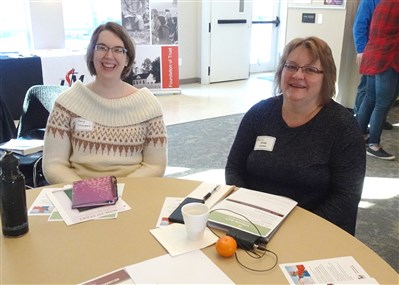 established church celebrate Communion and baptisms on Sunday morning and then go to a Fresh Expressions gathering on Monday and another on Wednesday. Or go to three in one night. Essentially, it’s like a modern-day version of circuit riding, which is kind of neat.”

The remainder of the day participants learned how Fresh Expressions are formed, where they can fit into the movement, and how to discover more about their community through Prayer Walking.

To learn more about Fresh Expressions, contact Rev. Bill Poland at bpoland@iaumc.org. You can lean more by downloading the free book  How Ordinary People Can Pioneer a New Form of Church  and visiting  www.freshexpressionsus.org.