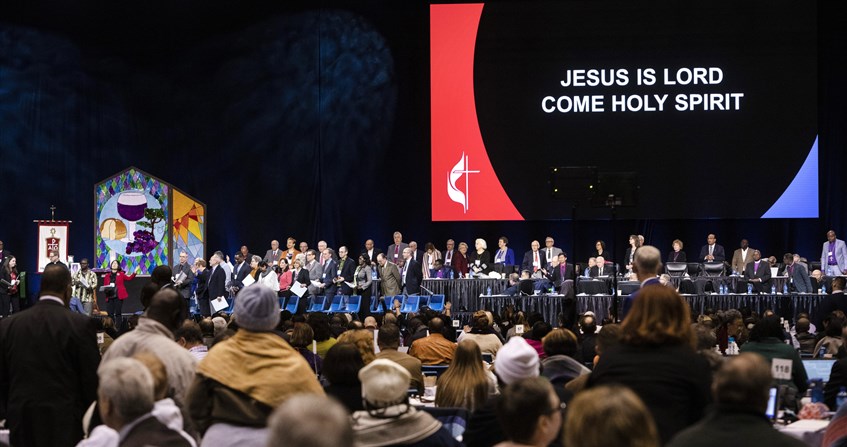 In a story reported by UM News on March 14[1], a review is underway to determine if ineligible votes were cast at the 2019  Special Called General Conference.

According to Rev. Gary Graves, secretary of the General Conference, it appears possible that “a very limited number”1 of ineligible votes were cast at the worldwide gathering, held in St. Louis in February.

According to a report that appeared in the New York Times on March 14,[2] “at least four ballots were cast by individuals who were not authorized to vote.” Additional irregularities were reported including names on the official attendance records of persons who were unable to travel to the United States, others who voted whose names were not included on the attendance logs and one seated on the floor who allegedly was not part of a United Methodist congregation in the country he represented and was said to reside in a different country.2

The Times quotes Bishop Thomas Bickerton as saying, “The findings that have come out have caused a serious impact on issues of trust and integrity about the whole process.”2  Bishop Kenneth Carter, president of the Council of Bishops, said, “To learn that there were irregularities in the voting is distressing and of great concern.”2 In a statement issued on behalf of the Council of Bishops, Carter notes, The Council “has always worked to help the delegates to do their best work, as the legislative body of the church. This means being a voice for fairness.” [3]

Graves said “the number of possible ineligible voters was too slim to affect the final outcome”1 of the adoption of the “Traditional Plan” or the defeat of the “One Church Plan” that was supported by a majority of the Council of Bishops.  The minority report relating to a disaffiliation petition was adopted by just two votes – 402 to 400, however. Nevertheless, he found the situation “troubling.”3

UM News reports that the “ineligibility concerns come after a General Conference with especially high security, where extra measures were taken to ensure only delegates or their reserves had access to the voting area. Observers of the legislative assembly, held in a former football stadium, only had access to the floor above where delegates convened.”1

According to Graves, “everything we have [is being submitted] to the Commission on the General Conference.”1 Speaking on behalf of the Commission, Duncan McMillan, the Commission’s chairperson, said, “We are committed to working to strengthen the credentialing process.”[4]