Glenwood pulls together to help 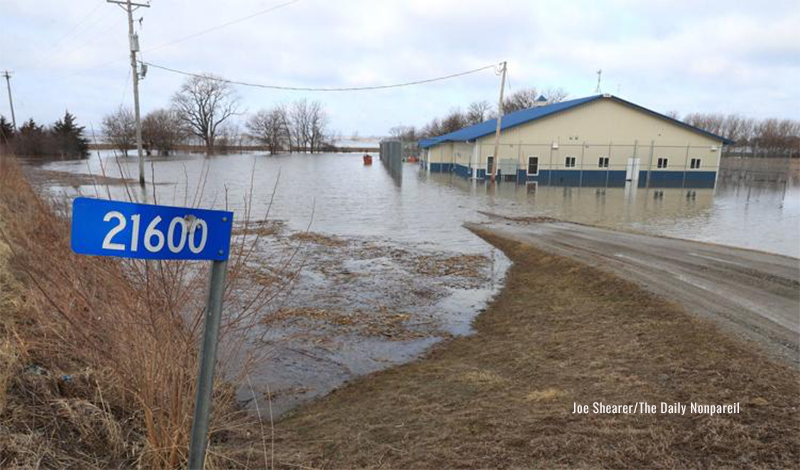 Disaster Response in Glenwood and Pacific Junction from Iowa Annual Conference on Vimeo.

"This to me has been what it means to be the church and to be part of the connection," said Pastor Kimberly Bowles. "The calls from clergy across the conference saying, 'What do you need? What can we do? How can we help?" It's everything that I believe the church should be. To see your neighbor in need and say, 'What can I do?.'"

Pastor Kimberly Bowles isn’t surprised at the way the people of the Glenwood United Methodist Church have pulled together to help neighbors in need following the devastating 2019 flooding. “People are just doing whatever they can to work together…it's been inspiring to see.”

The March flooding has made the lives of people in the western part of Iowa particularly difficult. Even though they’ve seen waters rise in the past and had begun to prepare again this year.

“When the levee broke they only had about an hour to evacuate,” Bowles reports. “A lot of people ended up walking away with literally what was on their backs."

Pacific Junction was inundated. Water completely covered the roof of many houses “and it’s still fairly high on those homes” Bowles said on Friday afternoon (March 29).

Click here to listen to the conversation with Pastor Kimberly Bowles

“Monica Mayberry realized that people needed to be fed and so she started,” Bowles said. “ She got some folks at the church to start preparing meals, and since then we have been serving three meals a day.”

Sometimes more than 200 people show up for a meal.

“This week, we started getting some other churches to come in and do some of those meals, including Broadway UMC from Council Bluffs,” Bowles said.

Providing meals is made more difficult by the fact that the water plant for all of Glenwood is out of service, and will likely be so for at least the next 30 days. Water needs to be boiled to wash dishes.

“Some of our members live outside of town with their own wells…they'll take dishes and the big pots and pans we've cooked with and take them home and wash them there,” Bowles said.

In addition to feeding the community, Glenwood “started collecting things for folks — bleach and mops and all the things they're going to need to start cleaning up homes once they can get in. We collected toiletries and food so they had stuff they needed. It's just been amazing to see,” Bowles noted.

With the water plant being out of service the town is existing on bottled water.

"We can use water to flush toilets but are trying to limit that,” Bowles reported.

They’re doing so for several reasons: water is being trucked in “but that's $15,000 a day for the water we're bringing in” and “if we completely drain the water tower then they can't have school or anything because then there wouldn't be water for the fire system,” Bowles said.

Reflecting on how fellow United Methodists across the Iowa connection can help, Bowles said, “We know that we're going to need more water going forward.” Beyond that immediate need, “once we're truly able to get in and see how much damage there is and begin the clean up we're going to need mission teams who can come and help muck out houses and to assist in those first steps to clean up.”

Asked about the focus of the Glenwood congregation in the midst of this year’s flooding, Pastor Kimberly Bowles had a ready answer, “We see the other people in the community that are in need and we just want to do whatever we can to help take care of them. Everybody has just been wonderful pulling together for that diversity in the midst of difficult circumstances.”