Grief, Dismay and Prayers for Peace 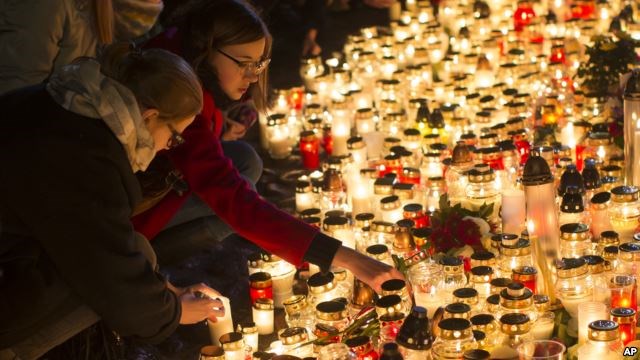 “Love and truth will embrace; justice and peace will kiss. Truth will spring from the earth;
justice will look down from heaven"
(Psalm 85:10-11, NIV).

We mourn for the 132 women, men and children who were killed and hundreds more who were injured in terrorist attacks on Paris, November 13, in the name of Islamic extremist ideology. Our thoughts and prayers remain with those who are devastated by the loss of friends, family, and loved ones. We stand in solidarity with the people of France and our United Methodist congregations. We join the international Christian ecumenical community in proclaiming that love and truth, justice and peace find its way into all human affairs. Violence defiles the nobility of the faith whose holy book describes followers of Allah as those “who tread gently upon the earth” (Quran 25:63). The murder and mayhem birthed by religious extremism are never justifiable and stand starkly in opposition to all major world religions.

We are deeply concerned for the heavy impact the attacks may have on refugees fleeing violence in Syria and Iraq—people we know first-hand through relief partnerships extending across many months. The horror and anguish caused by bombs and gunfire in Paris was preceded in Beirut, Lebanon a few days earlier when 43 persons were killed by the same forces of hatred. One third of the people of Lebanon are refugees with the same rights to human dignity we profess. Atrocities such as those in Paris happen almost daily in the Syrian city of Aleppo and other war-torn areas of the Middle East.

The events of Paris may encourage border restrictions in the name of security and prohibit the entrance of Syrian and Iraqi refugees who have endured terrorism for years. We pray that governments and people may resist anti-refugee sentiment and continue to offer sanctuary to those in need. In these days of desperate acts of violence, may efforts to solve the root causes of the current refugee crisis prevail.

We must not allow terrorists to deter democratic nations and religious and secular peacemakers from reaching out to the refugee children, youth, men and women.

We must join together in finding comprehensive ways to reverse the political and military violence that is the cause of increasing refugee numbers. Violence is not the end of the story, God’s redeeming love and grace is.

So let us turn to God and ask for the strength to seek peace and to pursue it with courage, determination, and hope. We ask, God of mercy and justice, in the face of horrific violence in Paris, Beirut and war-torn cities around the world:

We ask all these petitions in the name of Christ, author of peace and maker of justice.