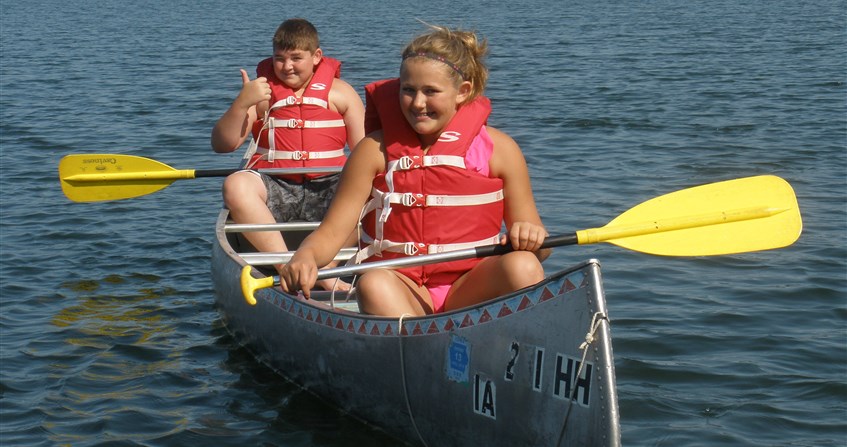 “At the end of the week there’s a 99% chance that you’ll be crying because it’s so fun that you won’t want to leave” — Rodney, 9 years old, talking about his time at the Lake Okoboji United Methodist Camp


The Iowa Board of Conference Camp and Retreat Ministries (BOCCRM) is thrilled to launch its first Annual Campaign in beginning in February to support Iowa United Methodist Camps. This annual campaign is a direct fundraising campaign that will support Wesley Woods and Lake Okoboji United Methodist Camps by offsetting expenses, increasing campership opportunities, and decreasing reliance on Conference apportionment funds.

According to Pastor Ryan Russell, Chair of the BOCCRM and Campaigner, “Camping is important for young people because it strengthens and reinforces the work of our local church. Many of our youth find their call to ministry or vocation through their experiences at camp.”

This particular campaign contains almost 100 volunteer campaigners who believe in camping ministry and will be direct asking during February. Campaigners will be collecting pledges from individuals and churches that will be paid out over the remainder of the calendar year. Gifts are accepted at all levels with pledges over $1,000 qualifying for the Campfire Circle. Donors at the Campfire Circle level will be recognized at the campsite of their choosing via a special plaque.

Bryan Johnson, Director of Camps and Retreats for the IAUMC says, “We liked this model of raising funds because it involves a lot of passionate people for a short amount of time. With nearly 100 campaigners consisting of clergy, laity, summer camp staff, and alumni, we are truly casting a wide net. We believe camping ministry should positively impact youth and adults through Christ for generations.”

“I have had the incredible opportunity to see so many kids shown the love of Christ and be truly transformed through their experiences and relationships formed at camp,” says campaigner Nicole Smith of Ames First UMC. “Camp memories are ones that are cherished for a lifetime.”

All annual campaigners attended a short training session where they learned how to raise support for Iowa United Methodist Camps. Nigel Crock, a 12-year-old camper, spoke to the annual campaigners during one of the training sessions about why Wesley Woods is important in his life. “I can go horseback riding, I like the counselors, and I feel like I’m at home when I’m at camp.”

Megan Jurgens, a campaigner for Iowa Camps, feels that camp has been important for her kids. “When I heard about the potential budget cuts at Wesley Woods, I knew I wanted to help. I’m so grateful my kids have had the opportunity to attend Wesley Woods through the years. Camp has provided them with numerous experiences and wonderful memories. Camp has also created an independent relationship with God, which has had an amazing and lasting impact on their faith journey.”

Ainsley Jurgens, 16-years-old, is excited for a successful campaign. “Camp brought me closer to so many wonderful people. Whether that be friends, family or God, I felt closer to everyone at Wesley Woods.”

At the end of February the campaign will come to a close for the year. “A similar camp program using this model recently raised over $300,000 in two weeks,” says Bryan Johnson. “While we don’t anticipate hitting that number our first year, we do expect to be pleased with the results. Already we’ve received over $16,000 in pledges, and we aren’t officially starting until February 1st.”

“This campaign is all about supporting youth ministry,” says Campaign Chair Duane Daby, “We’re serving Christ through kids. What can be better than that? I’m excited to be a part of this thing.”

​Iowa United Methodist Camps serve nearly 2,000 youth each summer and impact over 15,000 people year-round. If you’d like more information about the Iowa Camps Annual Campaign contact the camp office at 800-765-1651 or email camps@iaumc.org.