He names him Jesus 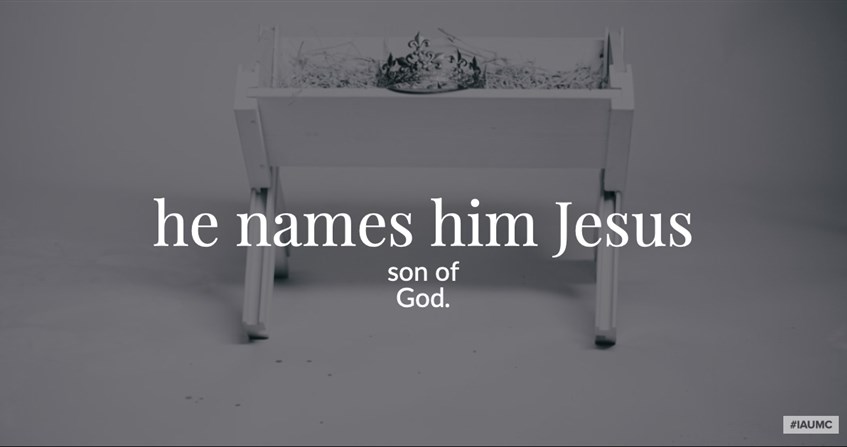 December 22, 2019
share
Scripture:
This is how the birth of Jesus the Messiah came about: His mother Mary was pledged to be married to Joseph, but before they came together, she was found to be pregnant through the Holy Spirit. Because Joseph her husband was faithful to the law, and yet did not want to expose her to public disgrace, he had in mind to divorce her quietly.

But after he had considered this, an angel of the Lord appeared to him in a dream and said, “Joseph son of David, do not be afraid to take Mary home as your wife, because what is conceived in her is from the Holy Spirit. She will give birth to a son, and you are to give him the name Jesus, because he will save his people from their sins.”

All this took place to fulfill what the Lord had said through the prophet: “The virgin will conceive and give birth to a son, and they will call him Immanuel”  (which means “God with us”).

When Joseph woke up, he did what the angel of the Lord had commanded him and took Mary home as his wife. But he did not consummate their marriage until she gave birth to a son. And he gave him the name Jesus. —Matthew 1: 18-25

There is a scene from the 1982 film “Blade Runner” that is one of the more moving scenes in movies. The film has futuristic violence involving replicants or aliens who return to earth to find their creator. In a late scene one of the replicants says to the man sent to capture him, “I've seen things you people wouldn't believe…All those moments will be lost in time, like tears in rain.”

Many of us have felt a faith others don’t believe. There are those who deny that the virgin bore a son and he was named Emmanuel. Jesus is no replicant as he came into the world as we all have done, but he will return for us. His moments in our time are alive as he was proved by resurrection. The tears shed by Mary at the crucifixion last into this day through the rains over all the centuries.  Let us be like Joseph, directed by an angel, to name him again. Jesus is never gone as his memory is eternal in the wonderful words of God, and not washed away like tears in the rain. They survive the rain because Jesus refused the evil and choose the good.

Grace to you and peace from God our Father and the Lord Jesus Christ.

Prayer:
Dear Lord, the anniversary of the arrival of your son is near. But let us not celebrate just one day, but year around. Purify our conscience that the birth of Jesus is more than just a distant event or memory, present in both the mercy and the grace available before we were born. We are always called to carry your word, so let you be with us as we name him Jesus once again, as he is again declared to be the Son of God.