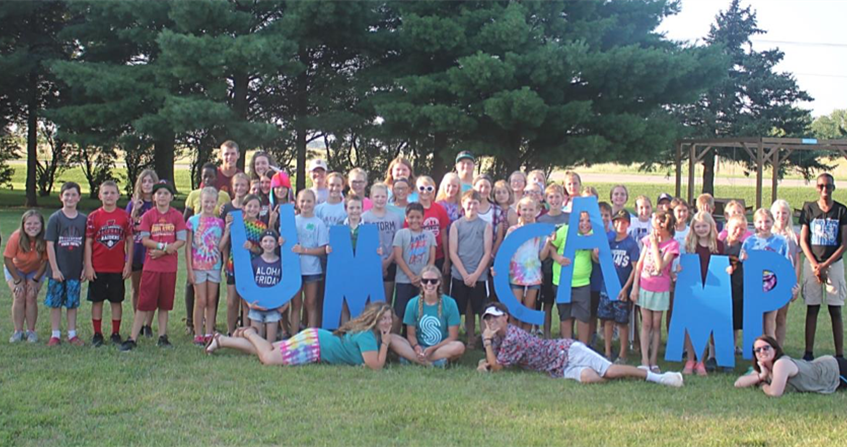 United Methodist Camps are at an important time here in Iowa. They are envisioning a loss of funding through the Conference via apportionment funds. Although losing all of their funding through the church can be seen as an intimidating challenge, they find themselves excited about the possibilities this opens up for them.

Starting in February of 2020, they will be holding their inaugural Campaign to raise funds to support Iowa United Methodist Camps! In order for the Iowa UM Camps to be successful, action need to start now.

Through this campaign, they aim to help keep costs of camp down, repair older equipment, and update facilities and grounds. You have a decision to make, "Let’s continue to make camp great!"

The best way to support Iowa UM Camps
Join the Iowa United Methodist Camps Kindling Club, a new way to ensure the sustainability of camping across the state for the next generation of youth and adults. Kindling Club is a “Diversified Donor Model”. It engages Iowa UM churches, former campers, former staff and general camp supporters directly by asking them to give a small amount, on a sustainable monthly basis. This will help Okoboji and Wesley Woods reach new heights as they work to decrease their apportionment footprint. To do so, they are inviting supporters to become members of the Kindling Club. The Kindling Club allows you, a camp supporter, to contribute directly to a camping ministry of your choice

Why is it called Kindling Club
The best way to build a fire is to start small. Campfires are built using small sticks and twigs called kindling. With proper kindling a strong campfire can be built quickly. The Kindling Program supports the operational expenses of an Iowa United Methodist Camp to ensure that camping ministry will continue for years.