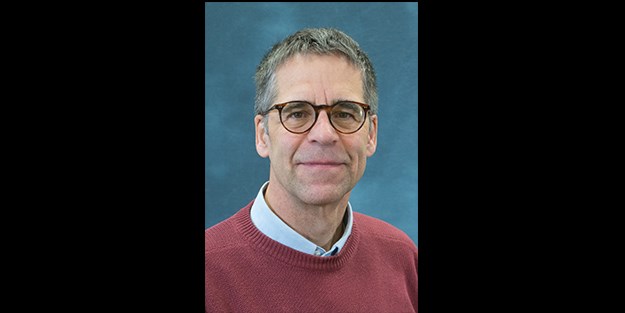 “Tim brings a wide range of experience and skills in the accounting and administrative arena that I believe will be beneficial to not only our department but to the whole Iowa Annual Conference,” said Margaret Biggs, treasurer/director of Administrative Services.

Horsch will be involved with any accounting and financial tasks of the office, including working with the Board of Pensions, tracking balance sheets and budget accounts.

Horsch most recently worked at AIB College of Business as its chief financial officer. AIB’s final graduates completed their coursework in May 2015. After that, Horsch helped the administration through the process of the closing the school down.

After his tenure at AIB, he knew he wanted to work with non-profits after previously working for Iowa Public Radio for three years. Horsch learned of the open position with the conference through an employment agency. He researched the conference and met with conference staff before he decided he would enjoy joining the team and bringing his unique skill set.

“I have a lot of experience with different accounting systems and with financial reporting, budgeting and managing costs,” he said. “I’m hoping my skills and experience will help the Finance Team work more efficiently and effectively.”

Horsch’s passion hasn’t always been about number crunching and accounting though! Horsch played trombone throughout high school and was involved with concert band, marching band and other musical activities. He ended up with a small music scholarship to Emporia State University in his home state of Kansas.

While at Emporia State, he participated in a work-study program where he maintained instruments for the school’s band, set up music stands and helped with other needs for the music department. He also continued to play trombone through college.

Initially, he was involved with music in early education for children but realized he did not have much of a career in that field. He also knew early on that he was not one to go into the sciences. That is when he realized he could go into accounting.

“I found accounting and business interesting and had an interest in numbers,” he said.

He eventually went on to get his MBA at Notre Dame due to their accelerated MBA program for students with business experience.

In addition to Horsch’s strong academic background, he also has an impressive resume. Horsch has worked in managerial or directorial roles for companies such as Aetna Health Plans, SmithKline Beecham and Coventry Health Care where he was director of accounting for ten years.

Now as a member of the Iowa Conference Finance Team, Horsch hopes to continue the team’s excellent work.

“(I hope) to blend in well with the Finance Team and enhance its reputation for efficiency and accurate financial reporting,” he said.

Horsch and his wife Nancy live in Waukee with their white Golden Retriever puppy named Lucy. They have three grown children. Mark is a second-year dental student at the University of Iowa. Sam, who lives in Des Moines and works at Wells Fargo, is married to Kali and has two young boys, Iver and Lyndon. Hannah lives in Minneapolis and began work at The Bridge for Youth, a place for homeless youth.