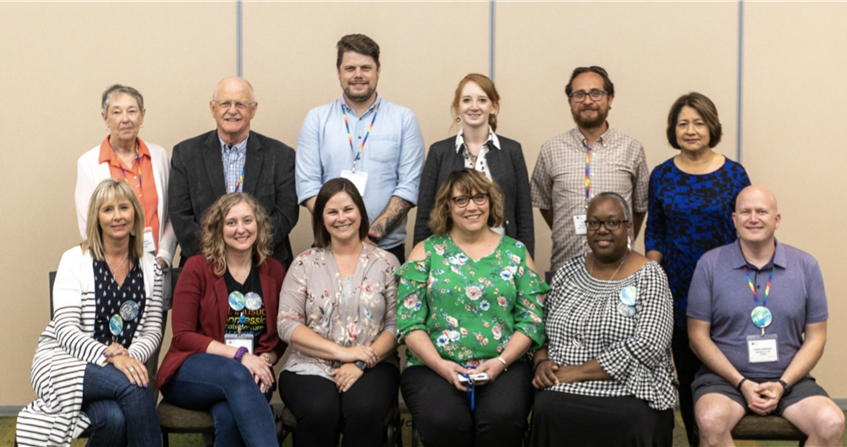 “What we heard is that we are expecting less funding in the future than we have in the past, which is the reality we have all been facing during the pandemic,” said Rev. Katie Dawson of the Iowa Delegation Leadership Team. “It may not be as dire as was predicted, but we heard again that all of our connectional ministries are feeling a budget crunch, and that includes the Episcopal Fund.”

Funding for the Episcopal Budget was the main topic of the day, with a solution being proposed by the Council of Bishops that no new elections to the episcopacy by Jurisdictional Conferences this quadrennium.

The United Methodist News had previously reported that sixteen of 46 active U.S. bishops—more than a third—plan to retire as soon as possible or already have taken on new roles with the Council of Bishops. All five jurisdictions have retiring bishops.

“The Episcopal Fund has little wiggle room,” Bishop Cynthia Fierro Harvey, president of the Council of Bishops, said during Saturday’s webinar, adding that unlike local churches, the fund has little to no programmatic expenses to cut.

Individual conferences do not pay for their own bishop like a local church. Instead, apportionment funds are used from across the connection to support funding bishops from all over the world in the Episcopal Fund.

“The decision rests with the jurisdictions,” Dawson said. “If we want to determine a different path forward that is within our court, and it's appropriate because Iowa is closer to the reality of that decision because we’re already experiencing what it's going to be like to share a bishop. If the proposal passes that we would not have new elections, that may be our reality until 2024.”

Bishop Laurie Haller has primary supervisory responsibility for the Dakotas Conference, which began January 1, 2021, and continues until another bishop is assigned, but no later than December 31, 2021, according to a press release from The North Central Jurisdiction.

The North Central Jurisdiction had already looked into the possibility of a reduction from nine bishops to eight, and had begun work with a task force in January 2020. Bishop Laurie and Rev. Ryan Russell were Iowa Conference representatives on the task force.

A concern delegates had during the meeting was how one bishop could oversee several physically larger conferences and still have a personal understanding of local churches. Several delegates brought up the issue of relying more heavily on conference leadership.

“The reality is that there are certain things that in our Book of Discipline bishops have to do, like the appointment process for example, but if I was a bishop who was serving over two or three conferences I wouldn't be able to know my people or the churches as well,” Dawson said. “I would have to rely more upon the district superintendents and appointive cabinet to help me make decisions.”

John Rothlisberger, a laity member of the Iowa Delegation Leadership Team, views the leadership challenges ahead as opportunities for the Iowa Conference to adapt at a grass roots level through Circuit Ministry.

“The general church structure is slowly changing, and is becoming something new, but that doesn’t stop local churches from moving forward,” Rothlisberger said. “Ministry opportunities are still there.”

“Looking to local congregations as a driving force is the next step,” he said. “Can focusing on reestablishing a grass roots connection in Circuits help the district superintendents communicate with more churches?”

“We have seen local congregations adapt and learn how to do new things and stretch and arrive in the midst of the pandemic,” Dawson added. “It's not easy, but we're doing it and we're reaching people and that gives me hope because I know that we can make the adaptations we need to make.”

With the pandemic postponement of General Conference 2020, The United Methodist Church has been left in limbo regarding a potential separation. Delegates from Iowa have written a statement asking for direction as soon as possible.

“Iowa is a diverse place, I'm not sure how things will shake out in Iowa, whether or not we have plans of separation or whatever we do,” Dawson said. “Because General Conference has been postponed, we're postponing the things that would happen in order to help us bless each other and move into new ministry that's bearing fruit. The Iowa delegation hasn’t come to any consensus as to what the answer is, but it has said that we think it's important for these plans that help us have a direction for where we're going in the future to be on the table as soon as possible.”