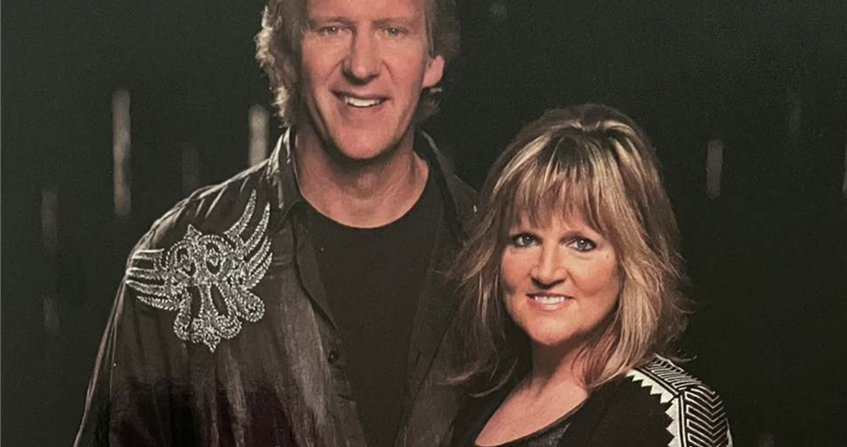 October 19, 2021
share
One Sunday night, Dan Tritle and Karla Oleson Tritle were watching 60 minutes. During one of the interviews someone said, “Faith sees best in the dark.” Karla looked at Dan, told him there was something to that, and the wheels started turning.

“Two days later, he comes out of our music room with the skeleton version of the song,” said Karla. “When he’s hitting a wall, I usually come in and we work together to finish.”

“The phrase just struck us hard,” said Dan. “Everything seems to have a divide anymore, and this song just talks about the dark days we’ve all been through together and returning to connect with each other.”

Dan is a native of Iowa and grew up just outside of Spirit Lake on his family farm, where the two live now. Karla grew up in Chicago and went to Waldorf College (now Waldorf University) in Forest City. Both are members of Spirit Lake United Methodist Church and play in the praise band.

They have received responses from around the globe with people connecting to the song. Karla has been reaching out to radio stations across the country, and one of the DJs shared his story after listening to the song.

“He said, ‘Thanks so much for the song. You have no idea how much I needed it,’” said Dan.

“Come to find out, his wife had passed away a few days earlier,” added Karla. “It’s very heartwarming to know that we can connect to others like that. I wasn’t expecting that.”

Recording within the United Methodist connection 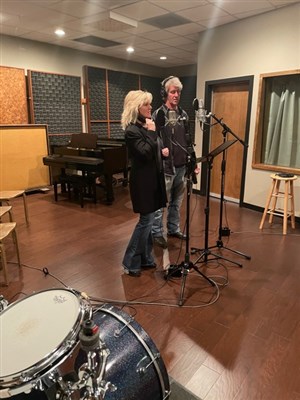 When they signed a deal about 10 years ago, Dan and Karla went to Nashville to record at Kingswood Productions, located inside the United Methodist Communications Building.

“I thought isn't some funky little thing going on here with the Holy Spirit,” said Karla. “It was the first time we recorded there, and our first time in Nashville. It actually made me calmer, because I said, ‘Oh, well this is crazy, United Methodist church owns this.’”

The duo has recorded at Kingswood about a dozen times after that, including for "Faith Sees Best in the Dark."

“We knew this was bigger than us, so we wanted it to be a montage video without our images in it,” said Karla.

They waited as their producer continued the search. One night they jumped on their regular family Zoom call and started chatting with Dan’s niece and her boyfriend, Stuart, about the project and the trouble they were having.

“Turns out Stuart does this kind of thing for a living in Scotland, producing several videos a month for all the major labels, and he had been wanting to work with us,” said Dan.

They checked with their producer, and Stuart used his talents to create the perfect video that they had been seeking all along.

Part of the vision was creating space for all faith, not just Christians, during this time. The video includes people from all walks of life, faiths, and races.

“We believe in Jesus, but because of the worldwide grief that we’ve all sustained it seemed really important to both of us to include everyone,” said Karla.

The duo originally met through a mutual friend who told Karla that Dan was looking for another voice.

“We started talking on the phone for three and a half months before we ever met in person,” said Karla. “The first time we talked on the phone we chatted for five hours.”

“Karla and I had common goals and were going in the same direction,” said Dan.

“My sister knew before I did that we were both smitten with each other, and I kept telling her, ‘No! It’s just professional! I want to be in his band,’” said Karla. “One night on the phone he started acting really funny, and he was never nervous. I asked him what was wrong, and he said, ‘Okay I need you to hear something.’”

Dan put the phone down and started maneuvering things around so she could hear him, and he began to sing a song he’d written for her called "Come a Little Closer."

“I loved that song and insisted it was on our first album,” said Karla.

They married three months after they finally met in person. 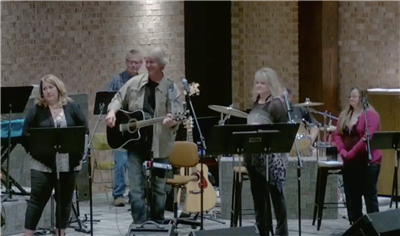 If you’re in the Iowa City area October 24, Dan and Karla will be performing at Iowa City First United Methodist Church. More details are available on their Facebook page. You can download and listen to their music almost anywhere, including iTunes, Spotify, YouTube and Deezer.

They have an upcoming Christmas song and video called "Stars and Angels" that will feature the church and congregation from Spirit Lake UMC.