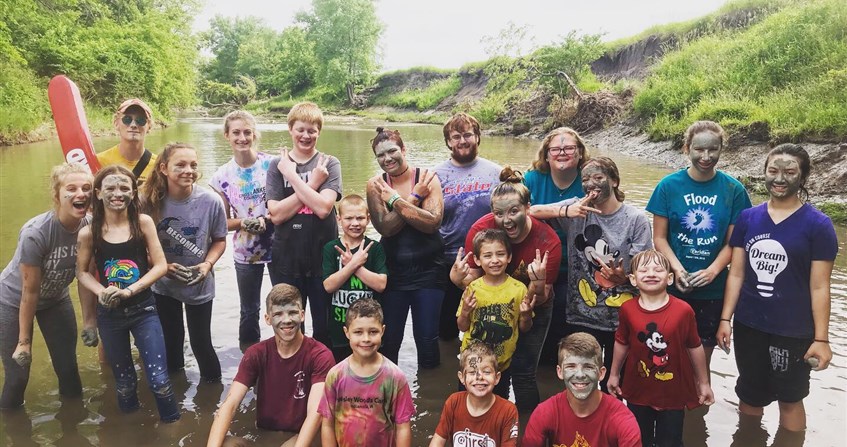 The first-ever Iowa United Methodist Camps Annual Campaign is in its third week with positive results. “We are thrilled that people are saying yes to outdoor youth ministry,” says Duane Daby, campaign chair. “For young people camping is so often the catalyst for faith formation and discipleship. The Iowa Board of Camps and Retreats is positioning itself to thrive not just this year, but future years.”

Through the first two full weeks of the campaign over 150 people have made pledges to either Okoboji or Wesley Woods that total over $70,000. With two weeks left, there’s plenty of time to increase that number.

When asked what has made this campaign a success so far, Director of Camps and Retreats, Bryan Johnson, pointed to the team that’s been assembled and an innate desire of Christians to faithfully nurture young people. “We have nearly 100 people volunteering a few hours this month to help fundraise. The sheer number of people involved suggests that we can be successful. However, it’s the passion of those volunteers that makes this thing work. We all have fond memories of camp, whether that’s an Iowa United Methodist Camp or a different program. Our volunteers are speaking loudly about something that is important to them.”

Pledges have come in at a variety of amounts with the largest individual pledge coming from the United Methodist Women in Iowa, who gave $10,000. The smallest pledge is $15.

“We know that apportionment funds won’t be available for camps in the future and we don’t necessarily see that as a bad thing,” says Johnson. “this campaign is proving that there is an abundance of support available both inside and outside the church that will help Okoboji and Wesley Woods U.M. Camps thrive in this new era. We still need a lot more people to help us, but camping has impacted thousands of lives and we are casting a wide net.”

Johnson also says that summer camp registrations have increased at this point in the year. “People who haven’t talked about camp are doing so in new ways this year. We are primed to make a big impact in the name of Christ this year.”

​If you have not yet been contacted by a campaigner, but would like to contribute to Iowa United Methodist Camps through the Annual Campaign, contact camps@iaumc.org or call the Director of Camps and Retreats at 515-974-8913.