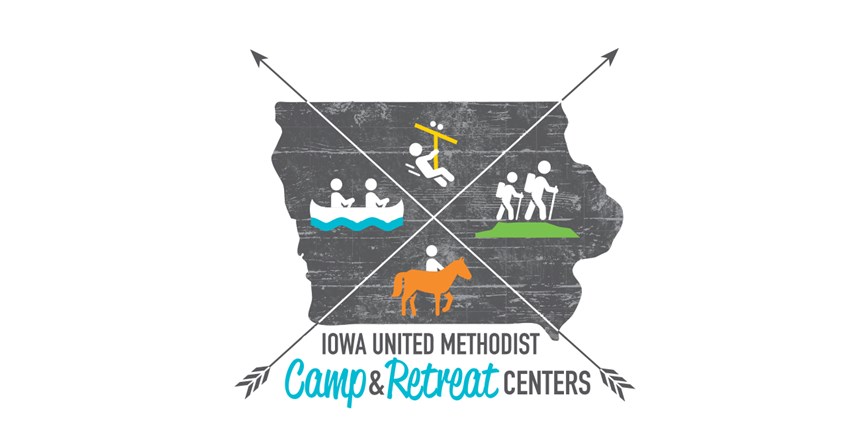 Director of Camps and Retreats, Bryan Johnson, views youth camping as a way to support youth and the future of United Methodism, “The sustainability of any church relies upon developing and growing the Christian faith in as many as possible. In that vein, Iowa United Methodist Camps are proud to be places where Christ is introduced to young people.”

Financial subsidy for Iowa United Methodist Camps has come through the Iowa Apportionment System for decades until recently when changes to the apportionment system have required the camping ministry in Iowa to identify new sources of support.

“While some would see decreased apportionment funding as a bad thing, we see it as a tremendous opportunity to work directly with the tens of thousands of people who have had positive faith experiences at an Iowa United Methodist Camp,” said Johnson. “We have an awesome opportunity to engage our alumni and supporters who understand the powerful experiences that camp provides.”

The Iowa Camps annual campaign utilizes over 100 volunteers who will give an average of 5 hours during the month of February to support young people going to camp. Last year Iowa Camps ran their first annual campaign and raised over $170,000 of support. With 2020 on-site summer plans altered because of COVID-19, the campaign was essential to keeping Okoboji and Wesley Woods open and viable amidst the pandemic. An online program was offered to youth to stay connected in 2020, but the intention is to have normal programs offered this summer with revised protocols to allow for the safest possible environment. This year, the campaign has set a goal of $200,000 of support.

“Iowa United Methodist Camps will not turn away any camper due to financial need, meaning that any young person who wants to go to camp will have an opportunity to do so. This is only possible because of the support of others. It’s exciting and a tremendous honor to know that so many believe in the power of outdoor youth and adult ministry,” said Johnson.

In the meantime, a Major Gifts campaign, targeting Missions Committees and Endowment Committees within local churches is also underway.

“We anticipate raising over $20,000 through our major gifts campaign,” said Johnson. “Identifying funds through this process is exciting because it is connectional and helps churches and camps think about ministry opportunities in a more intentional way.”

For more information about the Iowa United Methodist Camps annual campaign or to register for a summer event, go to www.iaumc.org, email camps@iaumc.org or call 800-765-1651.