"It's always been family" 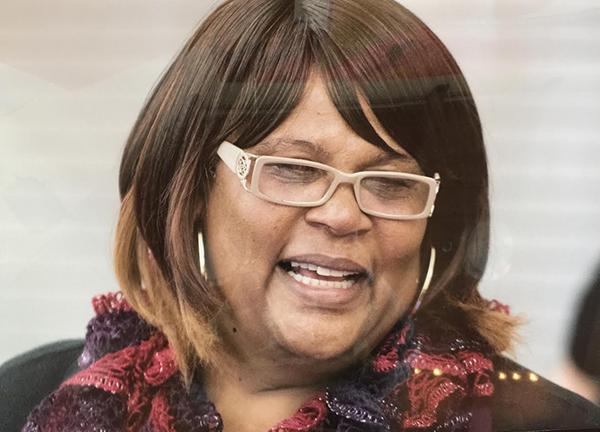 On Jan. 6, Cynthia Davis walked through the office doors of the Iowa Conference of the United Methodist Church for the final time as an employee.

Over the course of 31 years as a receptionist, Davis worked at three different Iowa Conference headquarters locations and saw co-workers come and go. But one thing always remained the same. Family.

She continued…“I still connect with some of those people from years ago. Whether you retire and go on, there’s still that connection. Always will be.”

That sense of family could be found in lunches spent with co-workers or in how her work family and actual family (her three children and husband Alvin) seemed to meld into one. But this sense of togetherness and family was something that Davis wanted everyone to feel and experience.

“When I was a receptionist we would have people come in off the streets all the time. You didn’t know their issues but I would ask if they wanted a cup of coffee or hot chocolate,” said Davis. “I wanted to make people feel welcome when they came through the door. No one should be a stranger or treated like one.”

Her own kind of ministry

Davis always went above and beyond in helping others at the Iowa Conference and indeed, while she wasn’t clergy, through her care for others she was engaging in her own kind of ministry.

“The older I get, the more I look at the positions I’ve had with the Iowa Conference as ministry,” said Davis. “In my position, the people that you encountered came to you for a reason and you were there to help them. It was a good feeling being able to do that.”

But while her service to the Iowa Conference may be over, her service to others and the United Methodist Church is far from it. Davis grew up in the church and will always recognize her “connection to Christ.”

So after all these years of service to the Iowa Conference, her family, and God, what advice does Davis have for us?

“Remember to see others through the eyes of Christ, not through our own eyes. We see faults in others but He can look beyond those,” Davis finished. “Whenever you feel like your work isn’t important just remember that you don’t work for man, you work as if you work unto the Lord.”

*Robert Lyons is a Communications intern.  He is a senior at Simpson College where he is majoring in political science and public relations.  He will be with the Communications Ministry Team for the spring semester.