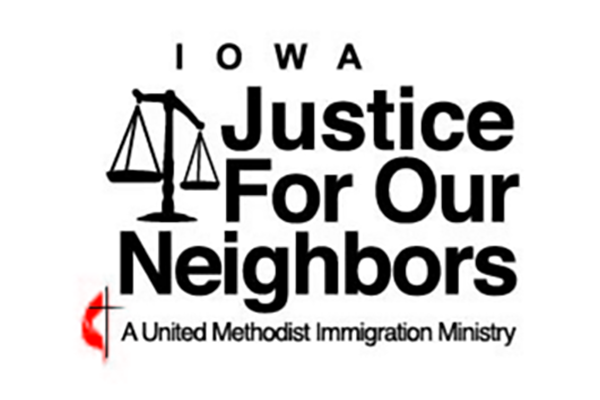 November 23, 2015
share
The attorneys, staff, and volunteers of Iowa Justice for Our Neighbors call on Governor Terry Branstad to immediately cancel his order halting state agencies from aiding Syrian refugee resettlement in Iowa.  Staff Attorney Brynne Howard states, “The Governor's order is legally, factually, and morally unfounded, as well as a threat to decades of work by Iowa's clergy, business, education, and law enforcement communities to make Iowa a welcoming state for refugees.”

We urge Governor Branstad to instead follow through on the statement he made last month in presenting Former Governor Robert Ray with the inaugural Uncommon Iowan Award for Governor Ray's courageous decision to resettle Vietnamese refugees in Iowa: “Governor Ray is a great example for all when he said, and I quote, ‘I think that what it shows is that everyone can do something and make a difference in this world. We might not be able to do it all but we can do something.’”

Staff Attorney Ann Naffier states, “The statement in the Governor's order that ‘[t]he federal government must assure that refugees have been properly screened and security protocols have been taken before being allowed in the United States’ ignores the fact that several federal laws passed in response to the September 11, 2001 terrorist attacks already require immigration officers to screen all potential refugees for connections to terrorism.”

Iowa Justice for Our Neighbors is a nonprofit organization that provides free immigration legal services to low income immigrants.