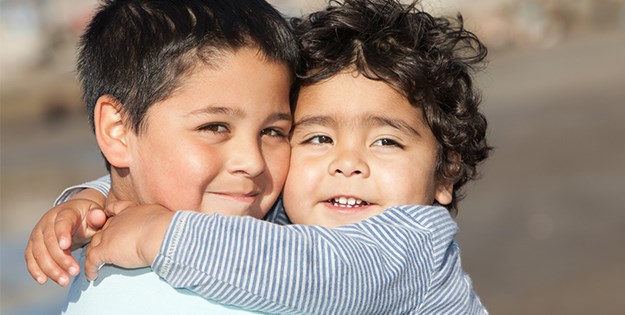 March 09, 2016
share
News Release
National Justice for Our Neighbors
Date: March 8, 2016
Contact: Rob Rutland-Brown, Executive Director (703) 766-0442
National Justice for Our Neighbors and the Entire Justice for Our Neighbors Network
Urge the Supreme Court to Allow the Expanded DACA and DAPA Programs to Move Forward
Today, National Justice for Our Neighbors, on behalf of the entire Justice for Our Neighbors Network, filed an Amicus Curiae (i.e., friend of the court) Brief before the U.S. Supreme Court urging it to uphold President Obama’s expanded Deferred Action for Childhood Arrivals (DACA) and Deferred Action for Parents of Americans (DAPA) programs.
The High Court agreed to hear the case following a 2-1 November 2015 ruling by the Fifth Circuit Court of Appeals that refused to lift the injunction blocking the Executive Action programs.  These programs, first announced in November 2014, have been on hold since February 2015, when a District Court judge in South Texas temporarily blocked the programs from being implemented on technical grounds.  The Supreme Court agreed to hear the case earlier this year.
“We at National Justice for Our Neighbors call upon the U.S. Supreme Court to uphold the Expanded DACA and DAPA programs,” said Rob Rutland-Brown, Executive Director of NJFON.  He explained that “these programs represent a common-sense approach that balances the enforcement of immigration law against the very weighty humanitarian interests involved in such enforcement.”
Charles Shane Ellison, the JFON attorney who authored the brief, added that he “remains confident that if the law is fairly applied to the expanded DACA and DAPA programs, these initiatives will be upheld.”  He explained that “deferred action, as an exercise of prosecutorial discretion, has existed for more than four decades; it has been explicitly acknowledged by Congress, referenced within federal regulations, and recognized by the U.S. Supreme Court.  These initiatives rest on a solid legal foundation.” The court will hear oral arguments in the case on April 18, 2016.  A decision is expected in late June or early July.
Read the full brief here.
National Justice for Our Neighbors (NJFON) supports a network of fourteen JFON sites nationwide which collectively employ more than thirty immigration attorneys, operate in eleven states and Washington, D.C., and manage approximately forty clinics.  JFON served low-income clients in more than 7,800 cases last year.