Looking ahead to the General Conference 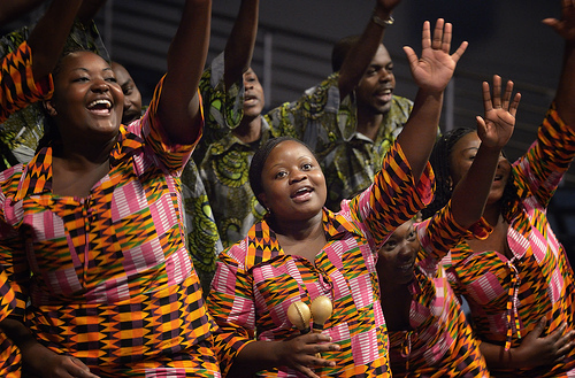 February 03, 2016
share
“At the heart of General Conference, our purpose is to continue to discuss the mission and ministry of the church moving forward, to assess some of the things that we’ve been about in the previous four years, and to identify what we’re going to do for the next four,” explains Phil Carver.

Click here to listen to the conversation with Phil

For over 30 years, Phil has been a part of nearly every General Conference of The United Methodist Church. For the next one, meeting at the Oregon Convention Center in May 2016, he has been elected by the Iowa Conference to head its delegation, a group that he feels represents the people of Iowa well.

Life at the Conference

“We’ve been fairly attentive over the years, at least in my experience, of looking to include a variety of voices, a variety of experiences in electing our delegation,” observes Phil. “I think that’s one of the reasons that I was elected as a young adult in 1984. Even though I was a relatively unknown person at that point, I think there was an interest in making sure that younger voices were also a part of the delegation.”

Over the years, he has seen a number of changes in the General Conference, with one of the most significant being the move from voting by raising hands or standing up to electronic voting. “That whole shift has been quite dramatic,” he reports. “We can now do several votes in the amount of time that it would have typically have taken to do a standing count.”

The practical business of the Conference is important, of course, but Phil notes that it’s the personal connections he’s made with people that have made the biggest impact on him. “It’s become sort of a reunion when we can get a chance to be together,” he says. He also loves the worship experience there. “It’s always very high quality and it’s an inspiration to be a part of that kind of a faithful body of people singing some of the grand old hymns and some of the contemporary stuff, too.”

Getting to Know the Delegates

Next year, members of this newest delegation will get to join Phil in making friends and memories at General Conference. “We have seasoned people who have been to several General Conferences and others who are going for the very first time,” he says of the group. “We’ve calendared several meetings – a couple this fall and a couple later in spring – to prepare ourselves, both to get acquainted with each other and to pray together and to study the topics of the legislation.”

The printed material about the legislation that’s going to be discussed at General Conference won’t likely be available until early next year, so for now they’re concentrating on other matters. “This fall we’re spending most of our time just kind of helping people understand the role of delegates, what their responsibilities are, and answering questions about preparations, how you make plans for housing and travel and that sort of thing.”

Just getting to know their fellow delegates is very important, and something they really focused on in their first meeting. “As you might imagine, with 30 some people gathered in one room, it took quite awhile for us to introduce ourselves, even briefly, but it helped us get a sense of the diversity of people who were there, some of our passions, concerns, and to recognize that we have people that represent a variety of perspectives, a variety of experiences throughout the Iowa conference.”

Taking on the Issues

However, the delegates will eventually need to dig into some serious stuff and it won’t be easy. “The days are long, the reading and preparation beforehand is quite intense,” Phil acknowledges. “Part of our function as a delegation is to support one another in that preparation and during the course of the General Conference itself. So, for instance, each of us on the General Conference delegation is assigned a legislative committee.”

He continues, “And, fortunately, with our delegation we have one person on each of those committees. We’re asking each person who’s on the delegation to be the person who helps to orient all the rest of us on the primary issues within that legislative section, so we can rely on each other. Even if we’re not able to study everything deeply, we have assurance that others on the delegation will have more knowledge.”

There will certainly be plenty for the delegates to study up on in preparation for 2016, ranging from budgetary concerns to programming proposals to the need for the church to be more attentive to congregations worldwide. “We have a number of issues around restructuring, particularly given the global nature of the church,” Phil says.

“I’m hopeful that our work and our discussions will be always reminding us of the way God is calling us forth into that kind of engagement with our community and our world.”

To help people at home to be more involved in the Iowa delegation’s efforts and progress, there is a website to visit: https://iaumcdelegation.wordpress.com. There you can get updates on their activities and their preparation, and also find out about some of the legislative issues that they’re sorting through.

And how can you help the delegation out? “We would certainly invite everyone to be a part of our prayer support team,” says Phil, “to just keep us and the whole church in our prayers as we move forward.”