Lyons lives out service above self 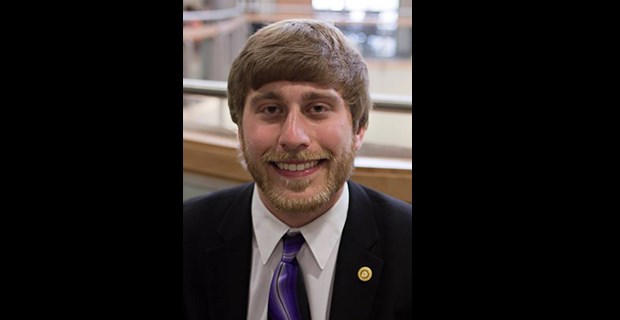 February 02, 2017
share
The Iowa Annual Conference would like to welcome Simpson College student Robert Lyons to the Communications Team as its new intern. Lyons is currently in his second semester of his senior year at the college where he is double majoring in political science and public relations.

Lyons has a long history of activism at both Simpson and during his time as a high school student in Denison, particularly with Rotary International. While in high school, he started an Interact Club. Interact Club is an extension of Rotary International that brings young people ages 12 to 18 to develop leadership skills while living out the Rotary’s motto of “Service Above Self.”

What started out with five interested students, the Interact Club soon grew to 20 students who completed 15 projects during Lyons’ senior year of high school. Because of his efforts in Denison, Lyons was the recipient of the Paul Harris Fellow recognition.

The Paul Harris Fellow recognition acknowledges individuals who contribute, or who have contributions made in their name, of $1,000 to the Rotary Foundation.

“(Interact Club) is where I started adopting the Rotary way: Service Above Self,” said Lyons. “It was such an honor to have been a recipient of (Paul Harris Fellow recognition).”

Lyons took his life of Service Above Self on to Simpson College where he started a Rotaract Club his freshman year. Rotaract Clubs bring together people ages 18 to 30 under the Rotary International umbrella. Eventually, the Simpson Rotaract Club became the large service organization on campus and the largest Rotaract Club in the nation completing about 1,200 service hours per year as an organization.

In addition to starting the Rotaract Club, Lyons also created the satirical newspaper “The Acorn” his sophomore year.

“It was a bit of a joke between myself, another student and a professor,” said Lyons.

Lyons has also served the Simpson community by his involvement with student government, having served as student body president, and as a member of the residence life staff.

“It’s been quite an adventure and I’m glad to have taken it,” said Lyons.

Lyons hopes to use his experience as a writer and his life of service to help further the mission of the United Methodist Church.

“I believe greatly in the message of the Methodist Church and believe in the good work and publicizing the good work,” he said. “I would love to help take that to the next level.”