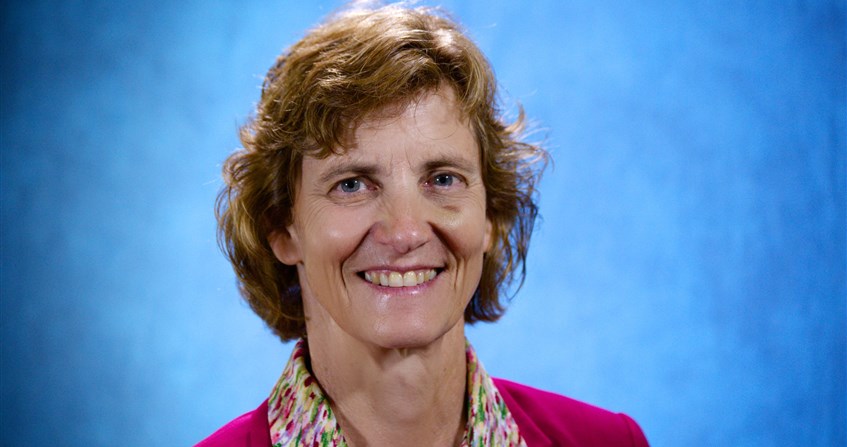 Iowa's new episcopal leader will be Bishop Laurie Haller.  She was elected on ballot 13 at the 2016 North Central Jurisdictional Conference on Thursday, July 14.

Click here to listen to the podcast of a conversation Bishop Haller had with Dr. Art McClanahan

Bishop Laurie Haller has served in the Michigan area since 1982.  She was serving as senior pastor of First United Methodist Church in Birmingham in the Detroit Annual Conference when she was elected to the Episcopacy on July 14.

Bishop Haller received a Bachelor of Music degree in organ performance from Wittenberg University in Springfield, Ohio, where she spent her junior year studying sacred music at the Berliner Kirchenmusikschule in West Berlin, Germany.  She also received a Master of Music degree in organ performance from the Yale University Institute of Sacred Music and School of Music, and a Master of Divinity degree from Yale Divinity School.

Bishop Haller served eight years on the Board of Ordained Ministry in the West Michigan Conference, including four years as chairperson.  Prior to her election as bishop, she had served on the Michigan Area Committee on the Episcopacy.

Bishop Haller was elected as a General Conference delegate from the West Michigan Conference in 2016, 2012, 2008, 2004 and 1996 (alternate), and as a Jurisdictional Conference delegate in 2016, 2012, 2008, 2004, 2000 and 1996.  She is a trustee at Garrett Evangelical Theological Seminary, was a director of the General Board of Higher Education and Ministry from 2000-2008, and, until her election served as a member of the North Central Jurisdictional Conference Committee on the Episcopacy.

Bishop Haller has been a Bible Study teacher at the Baltimore-Washington Annual Conference (2015), a preacher at Lakeside Chautauqua in Ohio (2015), preacher at Epworth Heights in Ludington, Michigan (2009, 2004, 1997), and a preacher and lecturer at Bay View Assembly in Petoskey, Michigan (2010, 2002).  She was chosen to participate in the Academy of Preaching and was the recipient of a Clergy Renewal Grant from the Lilly Endowment in 2000.