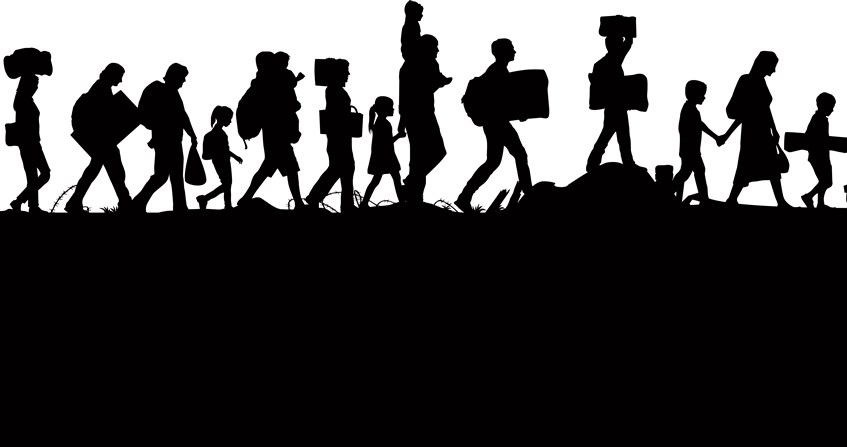 November 19, 2018
share
What started as a group of 160 people from the Honduran crime-ridden city of San Pedro Sula has swelled to more than 7000 in Mexico City.  They are fleeing persecution, poverty, and violence in their home countries, primarily Honduras although people from Guatemala and El Salvador are also part of the group. Spreading word through social media, their numbers grew. They have banded together seeking safety in numbers. Migrants traveling alone face many dangers, including people traffickers, drug gangs, coyotes (who promise to take them across the border for thousands of dollars but then abandon them on either side of the border), sexual abuse, heat, exhaustion, and lack of water and food. According to BBC news, “they have been mainly sleeping on the streets or in makeshift camps and there is a lack of clean water and sanitation.” The towns they pass through are making extra effort to provide shelter, food, and sometimes bus or truck transportation. Many do not have appropriate clothing, especially shoes.

Many rumors persist, as follows: What happens when the group reaches the border? If migrants reach a legal point of entry and apply for asylum, legally they must be granted a hearing. The Trump administration has revised the rules which govern asylum. Refugees must be fleeing due to “serious fear of persecution”. Any refugees first entering the country illegally and then applying will not be granted asylum. No longer are victims of domestic abuse and gang violence eligible. (This last policy is currently subject to a lawsuit.)

President Trump told Fox News that “tent cities” would be built to house migrants. It is uncertain who will erect these “tent cities”.

Mexico has offered refuge, asylum or work visas to the migrants. Mexico has issued 2,697 temporary visas for a 45 day waiting period after which applicants will be offered permanent status.