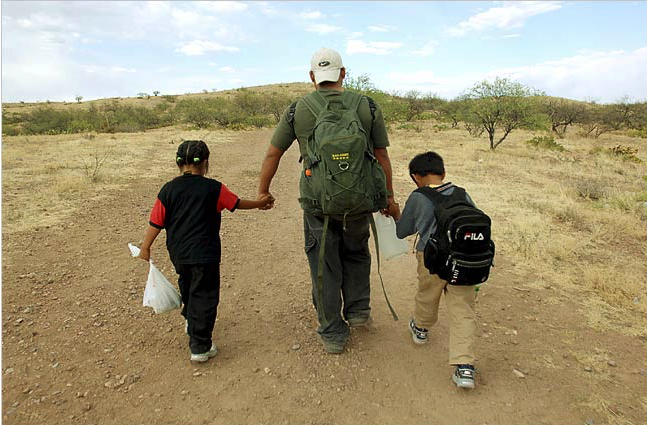 October 30, 2017
share
Over the past 15 years the net migration from Mexico to the US has been falling. Slower population growth, better schools, and the improving economy have combined to  encourage Mexicans to stay at home. Now immigrants more often come from Guatemala, El Salvador, and Honduras. Some subgroups such as women and children traveling alone, and LGBTQ persons are fleeing persecution at home. Mexico has stepped up its border patrol, especially at their southern border. As the journey becomes riskier more migrants are retreating into the shadows in an effort to avoid officials. Fewer people are taking the trains. Since the trains are particularly dangerous, this led to fewer serious injuries and deaths. Mexico has established a network of shelters that feed and house migrants, and help connect them to medical and legal support.

El Salvador and Honduras have two of the highest murder rates in the world causing people to leave, going to other Central American countries, Belize and Costa Rice. Many are fleeing a prolonged drought. Fleeing dangers is a serious world problem, especially in the Middle East and Africa. As long as serious inequalities exist, people will yearn for a better place.

YOUR LAUGH FOR THE DAY:
The US government contracted with five different companies to build a wall along the border demonstrating how effective each one was. Within a short time all five had been scaled.