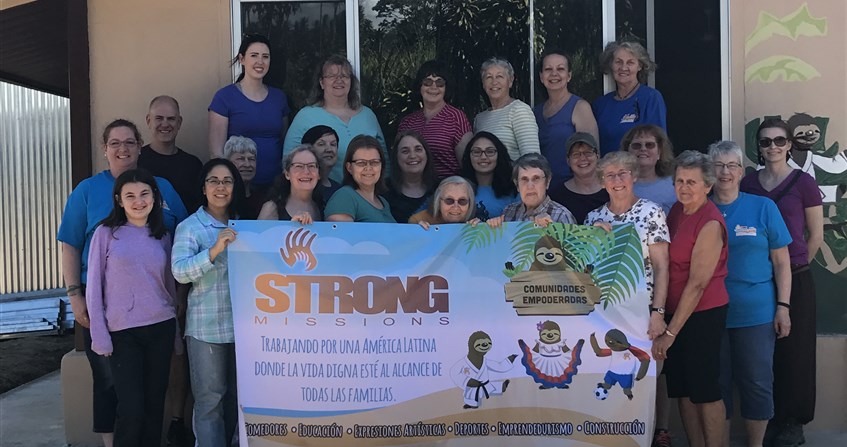 It all started with an idea….a dream really. How to get women and youth of all ages to participate in an ACTION project, to understand that United Methodist Women are relevant at all ages, to learn from each other and appreciate all of God’s gifts to each of us.  To demonstrate Faith, Hope and Love in Action!!

The plan became clear to offer an Intergenerational Mission Trip in 2017 for individuals in 6th grade and older.

On March 11, 2017, a group of 23 individuals made their way from various starting points in Iowa to Council Bluffs/Omaha to board a plane at 5:30 a.m. on Sunday, March 12. The group ranged in age from 12 to 88, with almost every decade from 1920s to the 2010s represented. There were small groups who were related such as the three generational group of grandma, daughter, and granddaughter but for the most part, the group was a group of strangers with just one thing in common. They were all somehow connected with United Methodist Women, actively, or related to someone.

The group traveled to San Jose and stayed at Strong Mission. They worked on several projects such as:

They visited Universidad de Biblica Latino American (UBL). Olga Maria Parrado, coordinator of the Red de Mujeres program, told how they empower and educate women through this “network of women” through undesignated giving of United Methodist Women. Genilma Boehler PhD, a commissioned missionary of the General Board of Global Ministries of the UMC, spoke about her work as a professor at the university.

God used the talents of all 23 throughout the week and also gave insight to many on gifts they didn’t even know they had to give.