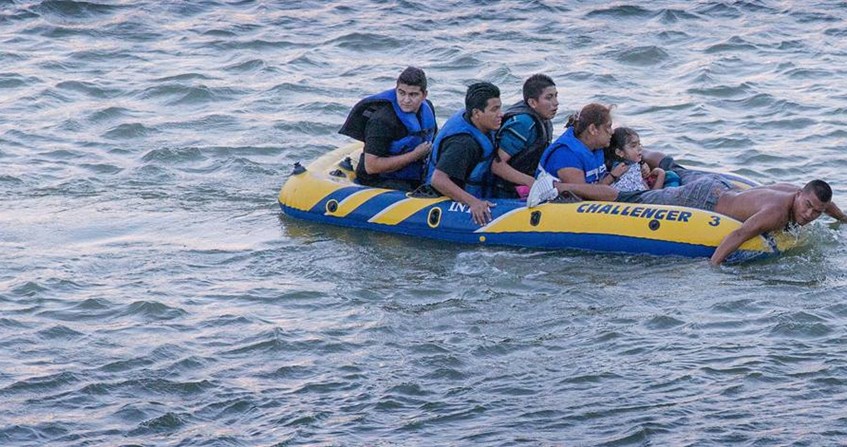 Cindy Johnson, a United Methodist deaconess in the Rio Texas Conference, said the process for immigrants waiting in line to present their asylum appeal to border control agents has become so difficult that people are jumping into the Rio Grande in desperation.

The world got a horrible look at the consequences of that decision in an Associated Press photo of a 23-month-old baby girl and her father who drowned and were found washed up on the banks of the river after attempting to cross to the U.S.

Johnson has worked long and hard for immigrants at the Texas border. She is not alone, as United Methodists in the border towns are volunteering to help feed, clothe and comfort the thousands who are fleeing violence in their home countries. United Methodist agencies and organizations are calling for prayer, providing legal help and asking people to write or call elected representatives. 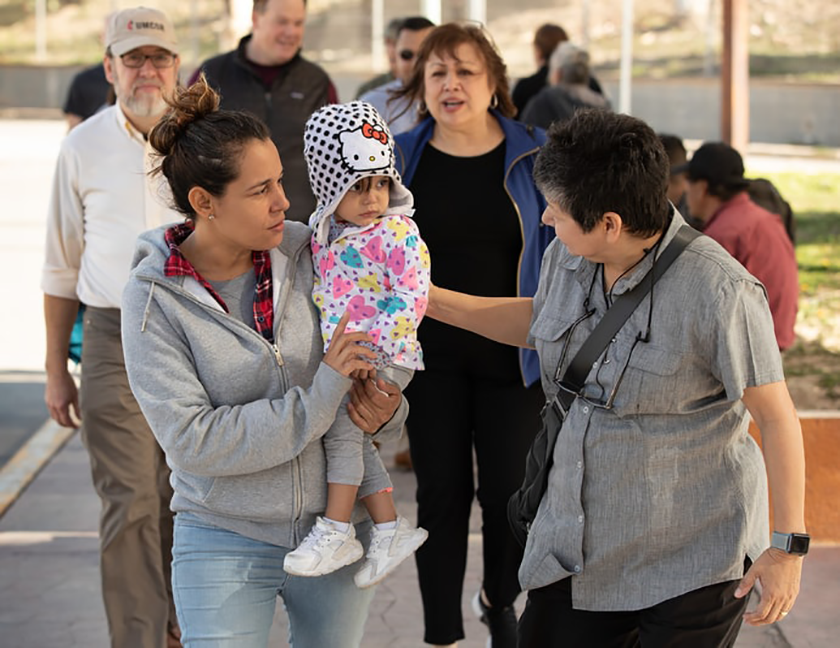 United Methodist deaconess Cindy Johnson (right) walks to buy medicine with Isabél, who traveled with her daughter from Nicaragua to Matamoros, Mexico, hoping to request asylum in the U.S. in January 2019. Kassandra, 16 months, was suffering from fever and weight loss while she and her mother waited for their turn to approach the bridge leading to Brownsville, Texas. Johnson makes regular visits to the border seeking to help migrant families. File photo by Mike DuBose, UM News.

The Rev. Robert Lopez, El Valle and Coastal Bend District superintendent for Rio Texas, writes about the partnership between The United Methodist Church, Catholic Charities and the Humanitarian Respite Center in McAllen, Texas.

He was recently at the respite center with a group volunteering to provide supplies, food and a caring presence to 1,000 immigrant refugees. He describes the work as sacred.

Unfortunately, organizations such as the United Methodist Committee on Relief are denied access to processing centers. Attempts to provide blankets, hygiene kits and others items are rejected, said the Rev. Jack Amick, director of global migration for the United Methodist Board of Global Ministries.

“Unfortunately, there are some things we can’t fix without changes in government policy and practice. If churches want to help, they can pray, give, advocate for policy change and make hygiene kits that can be used in other settings along the border,” he said.

UMCOR has delivered 46,128 hygiene kits to six church-run transitional shelters along the U.S.-Mexico border and given grants valued at $294,345 to fill gaps in capacity at these shelters in the last three months, Amick said.

Global Ministries encourages churches to give in support of the global migration Advance #3022144.

The mission agency is also encouraging churches and individuals to make Sunday, June 30, a Sunday of solidarity for suffering children.

The United Methodist Church opposes “immigration policies that separate family members from each other or that include detention of families with children,” according to the Social Principles. In the United Methodist Book of Resolutions, the church calls on the government to end indefinite detention and the incarceration of children.

The United Methodist Board of Church and Society is calling on United Methodists to tell Congress and President Donald Trump to end child detention and family separation.

The social action agency of the church encourages everyone — including children and youth — to write letters to the government calling for immediate reform.

Another agency supported by Global Ministries is the National Justice for Our Neighbors, which provides free or low-cost immigration legal services to migrants. 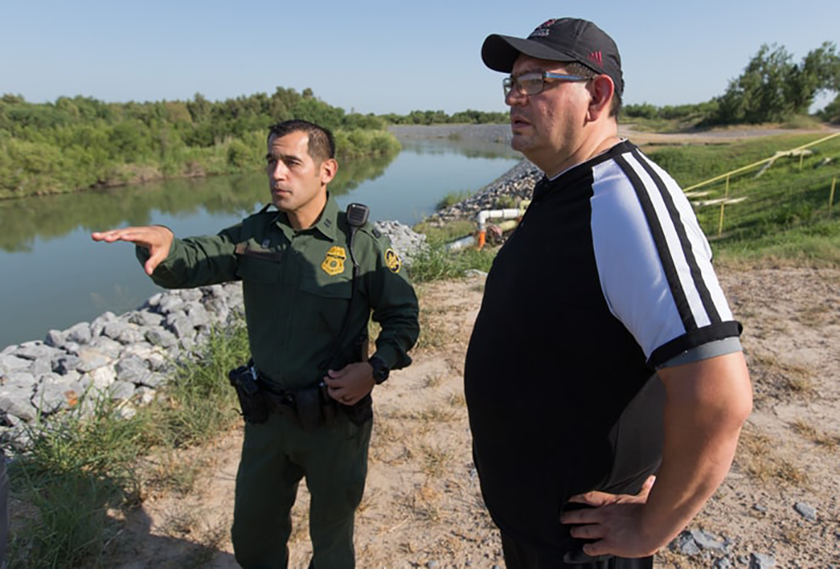 It was a team of attorneys and medical personnel on a rare and court-sanctioned visit that reported the shocking news about the Clint Border Patrol Station in West Texas, said Rob Rutland-Brown, director of NJFON.


A Prayer for Suffering Children

How you can help

Give to global migration Advance #3022144.
Rutland-Brown said almost none of the children in that center were actually unaccompanied migrant children.

“They had arrived with a parent or relative and border officials had separated them,” he said.

“These are children with parents and relatives in the U.S. who are able and eager to care for them, and yet day after day passed and these children remained in limbo, unwitting pawns in the ongoing battle over immigration enforcement.”

*Gilbert is a news writer for United Methodist News Service. Contact her at (615) 742-5470 or newsdesk@umcom.org. To read more United Methodist news, subscribe to the free Daily or Weekly Digests