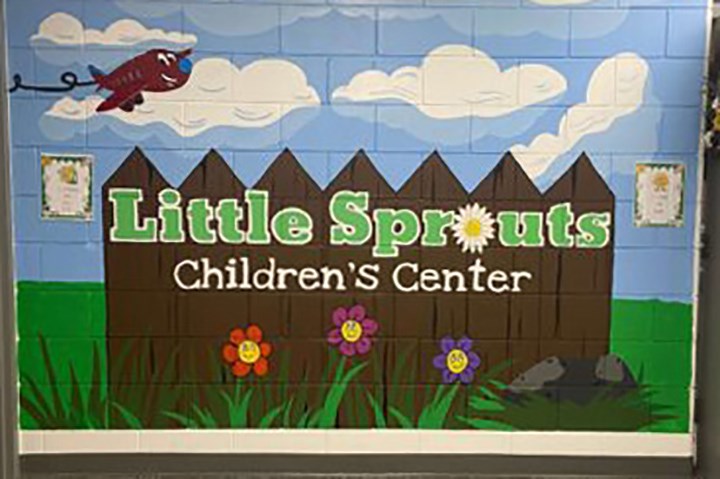 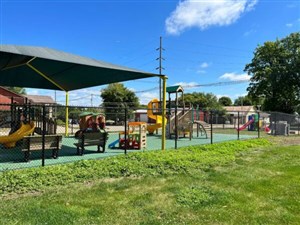 Almost every community in Iowa struggles with affordable childcare, particularly renovating a suitable space or building a new daycare, which is cost prohibitive. The New Hampton First United Methodist Church has a large building with an education wing and a parking lot that, until recently, mainly sat empty. 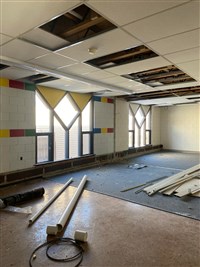 “The education wing was added in 1968, the same year I started going to the United Methodist Church here in New Hampton,” said Marcia Duffy, Trustee Chair of New Hampton First UMC. “It is nice to see the children having a place to go, our education wing being utilized, and the church being supported financially.”

The old heating and cooling system in the church and the cost of maintenance began to overwhelm the small congregation. A win-win situation started when a local childcare center needed space to expand. With a little out-of-the-box thinking, New Hampton First is now housing an essential business in their community and has obtained much-needed updates.

In 2021, the non-profit childcare center, formerly named Great Play Daycare, was awarded an almost $750,000 Investing in Iowa’s Childcare grant that allowed them to make the updates and move into the church. 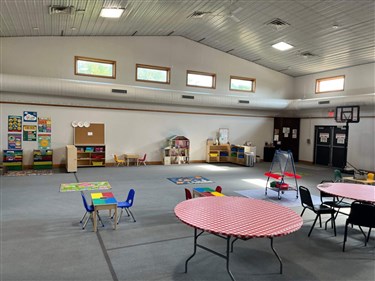 When the Center’s Director Amy Ameling, was hired in 2020, her main priority was leading the Center’s expansion.

“We were at capacity with 54 children, 14 staff, and had 100 on the waiting list,” said Ameling. “We were the only licensed center in our county, so the demand in our community was desperate.”

One of the Center’s board members was also a member of the First UMC and mentioned that the church’s education wing went largely unused.

“It was a long road to get all the plans worked out with the church, fire marshal, and Department of Human Services, but it is now a blessing to the families, church, and community,” said Ameling.

On June 6, 2022, the Center opened its doors with a new name and location with space for 99 children and 27 staff members and a new playground in the parking lot.

The upgrades included replacing heating and cooling systems, windows, doors, painting, carpeting, kitchen appliances, firewalls, and a roof. To meet safety codes, the church made some minor configurations to the layout of the building and has more auto-closing and auto-locking doors. Some high school kids replaced some well-loved religious paintings in the hallway with kid-themed secular pictures in their place.

“It was sad to see a former pastor’s wife’s artwork painted over, but we are happy that this partnership is working. The most important thing is the children in our community have a place to learn and grow. We know there will be bumps along the way, but that is not as important as housing an essential non-profit like the Little Sprouts Children’s Center.” said Duffy.